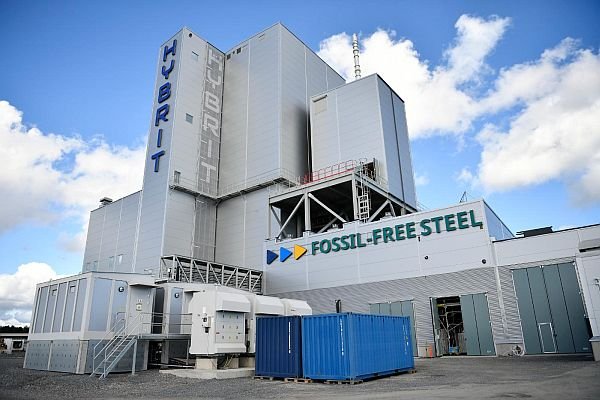 Hydrogen – its production, its use as a transport fuel, as a critical element in industrial processes and as a store for electricity – could go a long way in the fight to reduce carbon emissions.

Nowhere is hydrogen’s potential more evident than at the SSAB steel plant at the edge of Luleå, Sweden. Here tonnes of iron ore are brought in on trains every day from northern mines.

That ore is placed into a blast furnace where hot air is used to extract the iron, which emerges as molten metal, flowing like lava from a volcano into train cars waiting below as sparks fly across the floor and smoke billows to the high ceilings.

This process requires lots of coal burning which in turn contributes to a 7% global greenhouse gas emissions.

After the Paris Agreement was signed, it became clear to SSAB’s leadership that even attempting to capture its carbon output wouldn’t bring numbers anywhere near the targets.

So they took a bold step and initiated the HYBRIT project: a pilot plant demonstrating that it’s possible to produce “fossil-fuel free” steel and bring carbon emissions to zero using hydrogen.

The result will be the world’s first fossil-free steel-making technology, with virtually no carbon footprint.