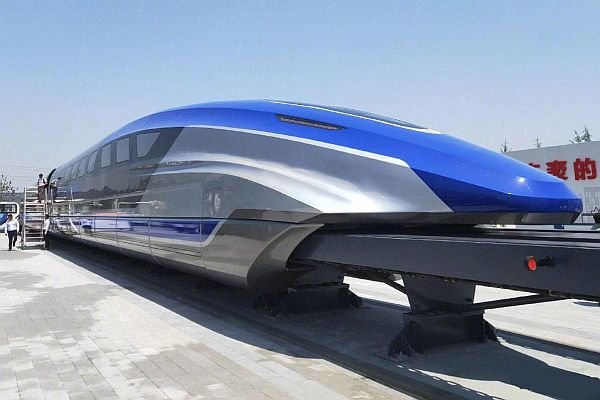 China has the world’s fastest commercial maglev train service, Shanghai Transrapid, which started operations in 2002 and has a maximum speed of 430km/h.

A faster maglev train line featuring superconducting technology that operates at 500km/h is expected to open in Japan in 2027, running between Tokyo and Nagoya.

But now researchers at Southwest Jiaotong University, China claim that their superconducting maglev technology is more economical than that of their Japanese counterparts and the new prototype can reach speeds of about 620 km/h.

However they expect that by the time their maglev train becomes commercially viable about six years from now, it will be able to reach speeds of 800 km/h.

Superconductivity occurs where electrical resistance approaches zero when cooled to a very low temperature. The superconducting state would be key to support faster and more efficient maglev vehicles.

Japanese used liquid helium to achieve superconductivity, which is very expensive, on the other hand Chinese did the same job with liquid nitrogen thus slashing the cost by one-fiftieth.

The Chinese team also said that while the new Japanese maglev would need to accelerate first before being able to levitate, the Chengdu prototype could levitate from a standing start.

The prototype maglev train launched on Wednesday uses carbon fibre and is about half the weight of its high-speed train counterparts. While the prototype is pretty impressive, it has yet to complete a single real-world test trip.