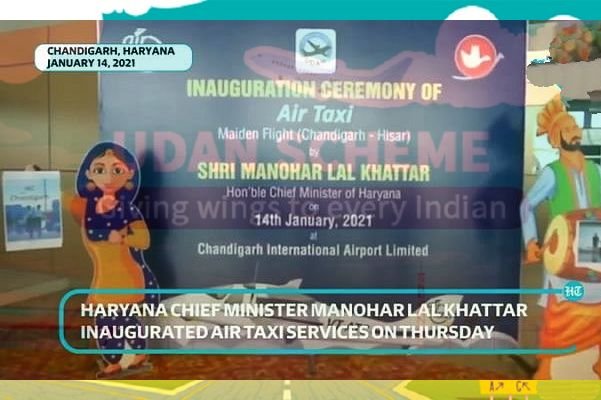 The flight will operate from Chandigarh to Hisar, and has been developed under the UDAN scheme of the central government.

The air taxis have four seats, one for the pilot, and three for the passengers, and the distance between the two places is covered in 45 minutes.

There will be a scheduled flight daily, which will take off even if there is one passenger, making it very convenient for anyone who wants to fly.

According to Khattar, the air services would also start from Hisar to Dehradun in the second phase, while in the third phase two more routes will be added.

Giving further details, he said that in the second phase, services for Hisar to Dehradun will be started on January 18. In the third phase, two more routes from Chandigarh to Dehradun and Hisar to Dharamshala will be added on January 23.

He added that the company also plans to include Shimla, Kullu, and more Haryana routes.

One has to just pay an affordable INR 1755 per seat for a ride on this air taxi.