An Agriculture Practice That Can Reverse Climate Change 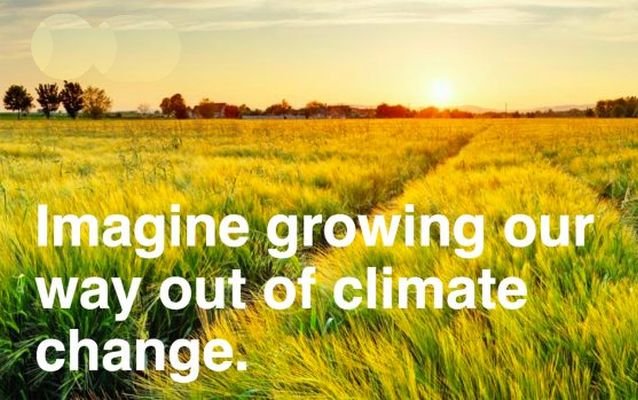 Generating three centimeters of top soil takes 1,000 years, and if current rates of degradation continue all of the world’s top soil could be gone within 60 years, a senior UN official said. About a third of the world’s soil has already been degraded.

We are losing 30 soccer fields of soil every minute, mostly due to intensive farming.

The causes of soil destruction include chemical-heavy farming techniques, deforestation which increases erosion, and global warming. The earth under our feet is too often ignored by policymakers, experts said.

Soils are the basis of life. Ninety five percent of our food comes from the soil. Soils play a key role in absorbing carbon and filtering water, the Food and Agriculture Organization (FAO) reported.

Soil destruction creates a vicious cycle, in which less carbon is stored, the world gets hotter, and the land is further degraded.

Unless new approaches are adopted, the global amount of arable and productive land per person in 2050 will be only a quarter of the level in 1960, the FAO reported, due to growing populations and soil degradation.

A part from Organic farming, Regenerative agriculture is the other practice that has the power to change this scenario.

Regenerative Agriculture is the farming and grazing practice that, among other benefits, reverses climate change by rebuilding soil organic matter and restores degraded soil biodiversity – resulting in both carbon drawdown and improving the water cycle.