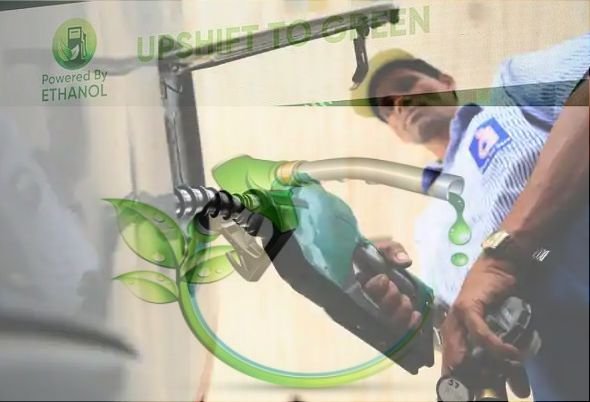 Recently, fuel outlets in India began placing banners stating that the petrol they sell contains ethanol, which is a bio-fuel obtained primarily from sugarcane. Some are even printing on their bills that the petrol has been blended with 10% ethanol.

Ethanol is the organic compound Ethyl Alcohol which is produced from biomass. It is also an ingredient in alcoholic beverages. It has a higher octane number than gasoline, hence improves the petrol octane number. It has insignificant amount of water in it.

The blending does not have any effect on the vehicle’s pick up.

This blending is being done by the oil marketing companies in their terminals and is not something new and is being used the world-over.

A liter of ethanol currently costs ₹61. But its price depends on internal fuel prices. There is however no change in the price of petrol or motor spirit, as it is called, due to the blending. The consumer pays for a liter of petrol only.