WildFires And Megadrought Seems To Be In Store For The World 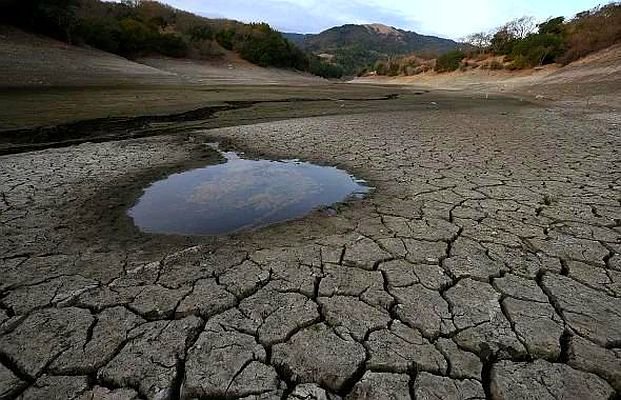 Soil in the western U.S. is drier than at any time since 1895, which means “the dice are loaded toward a lot of wildfire this year,” according to UCLA climate and fire scientist.

At the opening of the 2020 wildfire season, 3% of California was in extreme or exceptional drought and more than 4% burned. This year, more than 73% of the state faces similar drought conditions.

In other parts of the Southwest, juniper trees are dying off at increased rates because of the intensification of a climate change-fueled megadrought and turning forests, with trees covered in dead needles, into 30-foot-tall tinder boxes.

California, on the verge of its first ever official water shortage declaration and is increasing its wildfire prevention spending 16-fold.

Water levels usually peak in May at Folsom Lake in California, rising as Sierra Nevada snowpack melts away and courses down to the reservoir, near Sacramento.

But this year, the drought that has gripped much of the U.S. West is already so strong that the lake is only half as full as normal.

The long-running dry stretch rivals anything in the last 1200 years, a sign of climate-change induced “aridification.” It is like covering land in gasoline ahead of Fire season.

Human-caused climate change, in tandem with human reshaping of the natural hydrological systems—by damming rivers, growing vast fields of crops, and more—have shifted the baseline conditions so thoroughly that there is no way to return to what used to be considered normal.

Similar conditions are arising in other parts of the world too due to climate change.