Carbon Farming- Extracting CO2 from Air and Storing it in Soil 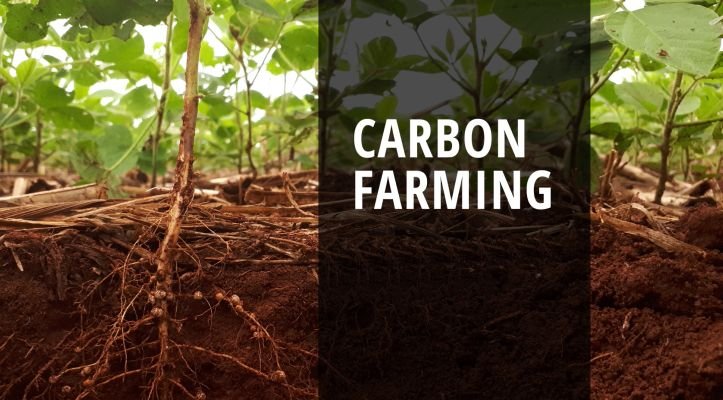 With global carbon emissions hitting an all-time high in 2018, the world is on a trajectory that climate experts believe will lead to catastrophic warming by 2100 or before. Some of those experts say that to combat the threat, it is now imperative for society to use carbon farming techniques that extract carbon dioxide from the air and store it in soils.

Because so much exposed soil across the planet is used for farming, the critical question is whether scientists can find ways to store more carbon while also increasing agricultural yields.

David Johnson of New Mexico State University thinks they can.

The recipe, he says, is to tip the soil’s fungal-to-bacterial ratio strongly toward the fungi. He has shown how that can be done. Yet it is not clear if techniques can be scaled up economically on large commercial farms everywhere.

Johnson, a trim 67-year-old microbiologist who is as comfortable using the latest metagenomics technology as he is shoveling cow manure into a composter, thinks society can only maximize carbon storage, increase soil’s water-holding capacity and grow plentiful crops if it restores the soil microbiome.

In a four-and-a-half-year field trial, Johnson planted fast-growing cover crops and applied a microbe-rich solution derived from a vermiculture (worm) compost produced in a low-tech composter of his own design. The bacteria, fungi and protozoa fed a soil food web of nematodes, microarthropods and other beneficial organisms.

Through photosynthesis, the cover crops pulled CO2 from the air, sank roots deep into the earth, and towered over the land. The results were unusual—and highly controversial.

Johnson reported a net annual increase of almost 11 metric tons of soil carbon per hectare on his cropland. That’s equivalent to removing about 16 metric tons of carbon dioxide per acre from the atmosphere annually—roughly 10 times the increase that other scientists have reported in many different soils and climates.

Johnson asserts that if his approach were used across agriculture internationally, the entire world’s carbon output from 2016 could be stored on just 22 percent of the globe’s arable land.

Although Johnson has irked some soil scientists and even aroused some ire, but as climate change intensifies in speed and fury, it is important to leave no stone unturned in the search for ways to limit carbon emissions quickly.