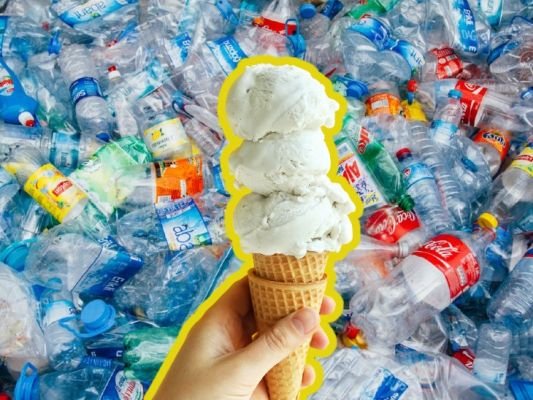 Plastic bottles are the second most common plastic pollution found in landfills and has also severely impacted animal life. However, now scientist have managed to convert these bottles into vanilla flavoring by using genetically modified bacteria.

According to reports, this is the first time that a valuable chemical has been created from this wastec.

This method of recycling plastic bottles into lucrative materials could make the recycling process more effective and economical.

Vanillin is a chemical that is widely used in the food and cosmetics industry. It is also regarded to be an important bulk chemical for pharmaceuticals, cleaning products, and herbicides.

The demand for vanillin has increased in the past few years, with figures reaching 37,000 tonnes in 2018.

Scientists had already developed mutant enzymes to break down the polyethylene terephthalate polymer that is used for bottles into basic units, terephthalic acid (TA) and now they have managed to convert TA into vanillin.

This time the University of Edinburgh scientist used lab engineered E. coli to transform terephthalic acid – a molecule derived from PET – into the high value compound vanillin, via a series of chemical reactions. The team also demonstrated how the technique works by converting a used plastic bottle into vanillin by adding the E. coli to the degraded plastic waste. Researchers say that the vanillin produced would be fit for human consumption but further experimental tests are required.

This is the first example of using a biological system to upcycle plastic waste into a valuable industrial chemical and it has very exciting implications for the circular economy. We hope this doesn’t put you off your favorite ice cream flavor 😉