Solar Trash Problem – A Story Hidden By Governments And Industry 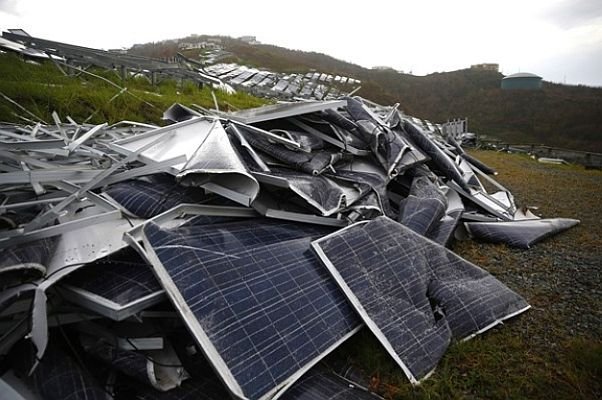 Solar energy is a rapidly growing market, which should be good news for the environment.  Unfortunately there’s a catch.  The replacement rate of solar panels is growing faster than expected, as economic incentives are rapidly being aligned to encourage customers to trade their existing panels for newer, cheaper, more efficient models.

The International Renewable Energy Agency (IRENA)’s official projections assert that “large amounts of annual waste are anticipated by the early 2030s” and could total 78 million tonnes by the year 2050.

In an industry where circularity solutions such as recycling remain woefully inadequate, the sheer volume of discarded panels will soon pose a risk of existentially damaging proportions.

These numbers however are premised upon customers keeping their panels in place for the entirety of their 30-year lifecycle. They do not account for the possibility of widespread early replacement.

According to University of Calgary’s statistical modeling if early replacements occur as predicted, they can produce 50 times more waste in just four years than IRENA anticipates.

Alarming as they are, these stats may not do full justice to the crisis, as our analysis is restricted to residential installations. With commercial and industrial panels added to the picture, the scale of replacements could be much, much larger.

The industry’s current circular capacity is woefully unprepared for the deluge of waste that is likely to come.

The financial incentive to invest in recycling has never been very strong in solar. While panels contain small amounts of valuable materials such as silver, they are mostly made of glass, an extremely low-value material.

The long lifespan of solar panels also serves to disincentivize innovation in this area.

With the current capacity, it costs an estimated $20-30 to recycle one panel. Sending that same panel to a landfill would cost a mere $1-2.

Of all sectors, sustainable technology can least afford to be short-sighted about the waste it creates. A strategy for entering the circular economy is absolutely essential — and the sooner, the better, else we are in for a Big Mess 🙁

This is not the story one gets from official industry and government sources.