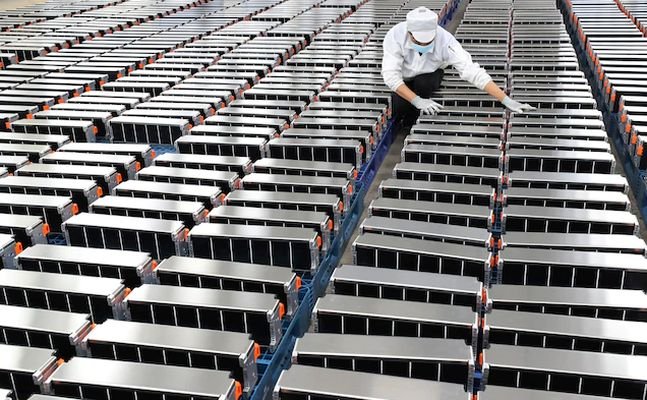 By 2030, 145 million electric vehicles (EV) are predicted to be on roads which is very good but they also contain a potential environmental time-bomb: their batteries. By one estimate, more than 12 million tons of lithium-ion batteries are expected to retire between now and 2030.

Not only do these batteries require large amounts of raw materials, including lithium, nickel and cobalt – mining for which has climate, environmental and human rights impacts – they also threaten to leave a mountain of electronic waste as they reach the end of their lives.

To address this problem hundreds of millions of dollars are flowing into recycling startups and research centers to figure out how to disassemble dead EV batteries and extract valuable metals at scale.

A Second Life is one such solution

There is a lot of battery capacity left at the end of first use in electric vehicles. These batteries may no longer be able run vehicles but they could have second lives storing excess power generated by solar or wind farms.

In the UK, the energy company Powervault partnered with Renault to outfit home energy storage systems with retired batteries.

Recycling is the final solution

When a battery really is at the end of its use, then it’s time to recycle it. There is big momentum behind lithium-ion battery recycling.

In its impact report, published in August, Tesla announced that it had started building recycling capabilities at its Gigafactory in Nevada to process waste batteries.

Redwood Materials raised more than $700m in July and plans to expand operations. The factory takes in dead batteries, extracts valuable materials such as copper and cobalt, then sends the refined metals back into the battery supply chain.

As the automobile industry starts to transform, now is the time to tackle these problems. The money is pouring into the sector this offers an “opportunity to ensure that these investments are going to establish sustainable new ecosystems and not just a new type of car.