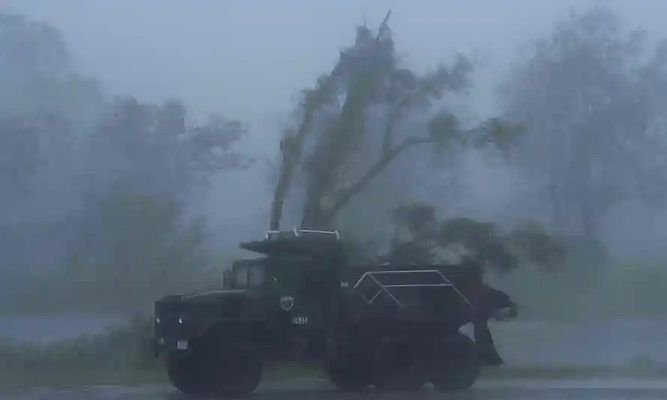 Hurricane Ida hit the United States on Sunday, leaving the entire city of New Orleans without power but the ferocity of the storm did not come as a surprise to many climate scientist.

This is exactly the kind of thing we’re going to have to get used to as the planet warms from human-driven climate change.

Parts of the Gulf of Mexico have become astonishingly warm in recent years, largely caused by a rise in greenhouse emissions — and global warming may only be setting the stage for even more ferocious and dangerous weather in the near future.

This warm weather is causing the water in the Gulf to warm up as well, which has allowed massive hurricanes to develop. They essentially suck up the moisture and dump it on land. The hotter the conditions, the more water gets swept up.

Ida, in fact, itself caused sea surface temperatures to rise, which only made matters worse.

It’s a worsening trend. Things are happening faster now, with storms “getting to a larger velocity” and “taking less time to get there.”

A number of recent hurricanes including Harvey, Michael, and Laura have intensified rapidly before making landfall.

Ida was no different, developing from a Category 1 to a massive Category 4 in just 24 hours. It’s a bad omen — and a sign that we need to brace for even more deadly weather as the crisis worsens.