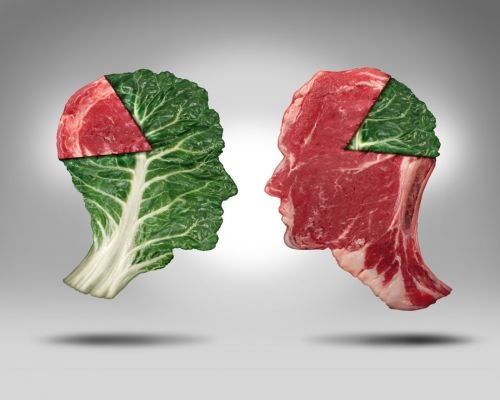 Flexitarians — a growing movement in which people espouse healthy, plant-based eating as a general rule but aren’t so purist as to be outliers when the social situation invites meat-eating.

New plant-based food companies are hoping to entice the taste buds of flexitarians, that group of consumers who are interested in reducing the amount of meat they eat.

Flexitarians are in the process of discovery and it is they who the alternative meat companies are working to capture. They’re the people who have spent a lifetime eating meat, but who now are curious about how to adjust their menu choices one or more days a week.

Alternative meat companies Beyond Burger and the Impossible Burger appear on roughly 5% of the menus of all restaurants around the country, and 71% of people polled in the US say they have tried a plant-based burger or other meat alternative.

Orders for plant-based products from large food distributors were up 20% in June, 2021 from the same time in 2019, according to the NPD Group.

When it comes to environmental sustainability, the researchers found striking variations both within and between animal-based and plant-based foods.

Therefore, flexitarians might consider eating less of foods that are high in processed meat and beef, followed by pork and lamb.

Plant-based meat substitutes can fill in the desire for meat with minimal impact on climate. It goes without saying that all food production should seek to use the earth’s natural resources as sustainably as possible.