PLI Scheme Received An Overwhelming 54.8 GW Worth Of Bids 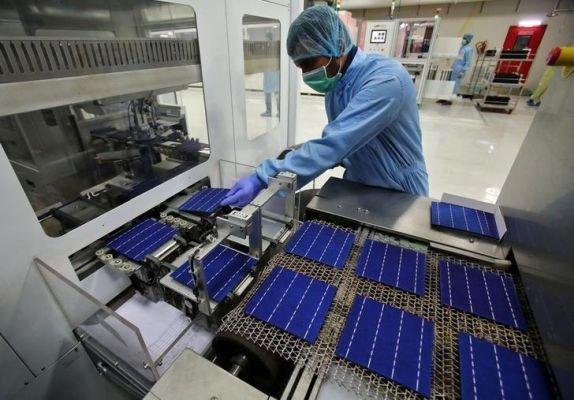 The Government of India’s PLI scheme (production-linked incentive) – National Program on High Efficiency Solar PV (Photovoltaic) Modules – for setting up of solar manufacturing units received an overwhelming response of 54.8 GW worth of bids for a scheme with total bid capacity of 10 GW.

The bid submission which resulted over 4-fold over-subscription is a morale boost for the Indian solar industry.

The financial outlay for PLI Scheme for ‘High Efficiency Solar PV Modules’ over a five-year period is Rs. 4,500 crores. The scheme was officially cleared by the Cabinet in April 2021.

Subsequently, on 25th May 2021, the Indian Renewable Energy Development Agency (IREDA), invited bids under the PLI scheme for integrated solar manufacturing units. The PLI will be disbursed annually for a period of five years to the successful applicants.

On 21 September 2021, a list of 18 companies who have bid under the solar manufacturing PLI scheme was publicly released. The bidders were shortlisted after consideration of certain parameters and subsequently, they were assigned marks as per a selection criteria.

As can be seen in the above figure, Reliance New Energy, Adani Infrastructure, Jindal India Solar and Shirdi Sai Electricals have scored maximum (100) marks, with each applicant having bid for 4 GW capacity.

On an aggregate basis, 19 GW of bids were submitted for manufacturing of polysilicon, 32 GW for wafer and 54.8 GW for cells and modules.

9 out of the 18 bidders are new entrants (no prior solar manufacturing experience). First Solar and CubicPV are the only two international applicants for this PLI scheme.

Though the selection process would lead to only 3 or 4 PLI beneficiaries, it is expected that the remaining applicants would still be going ahead with their plans of setting up solar PV manufacturing units.

Given the aggressive plans to invest in clean energy sectors, with Reliance committing to $10 billion investments and Adani $20 billion, it is highly likely that these two biggest business houses of India will be the main PLI beneficiaries.

This story is based on JMK Research Newsletter