Why Is Delhi’s Air Quality So Poor in November… 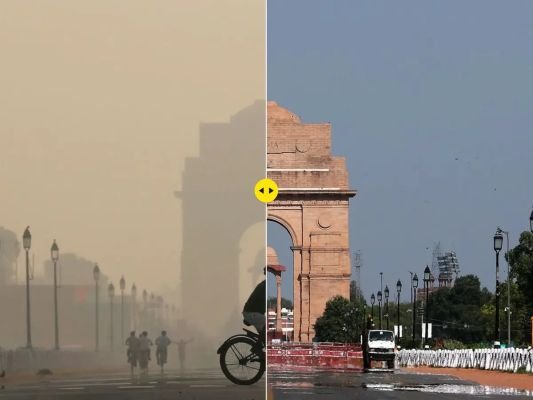 This month, pollution levels in New Delhi and other regions of northern India have reached deadly levels, a stunning reversal from October, when residents breathed the cleanest air in four years.

In previous years, air quality in the region has often deteriorated significantly around October, when farmers finish harvesting their rice crops.

Typically, producers in the Punjab and Haryana states near New Delhi begin cleaning land for wheat by torching rice paddy stubble left behind by automated harvesters.

However, this year’s consistent rains made it impossible for farmers to burn the rice paddy stubble and begin replanting.

As a consequence, the Air Quality Index – which measures the quantity of hazardous particulate matter PM2.5 in a cubic metre of air – averaged 72 in October, down significantly from 126 the previous month.

This year, several have stated that they will concentrate their efforts on the first two weeks of November and burn entire areas in one go rather than stagger their burns.

Crop burning pollution is at its climax during the winter, when temperatures drop further and pollutants become trapped in dense winter fogs and smogs. As a result, we are witnessing such high levels of pollution in New Delhi.

Since 2018, India has provided farmers with up to an 80% subsidy to purchase devices that efficiently dispose of rice stubble left in the field by mechanized harvesters.

However, due to the plan’s ineffective execution, a huge number of farmers continue to burn agricultural waste.