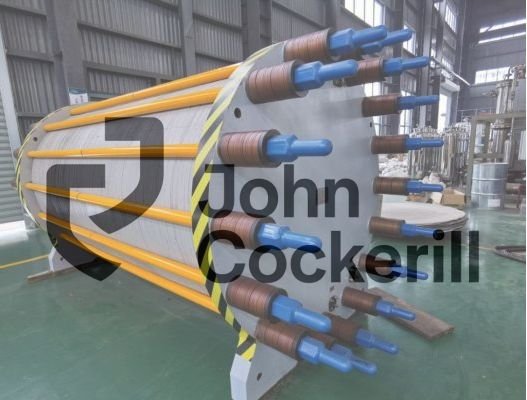 Greenko Group has formed a joint venture (JV) with Belgium’s John Cockerill to manufacture electrolyzers as part of its aims to manufacture green hydrogen and ammonia.

The manufacturer of high-capacity alkaline electrolyzers in Belgium will offer them solely to Greenko ZeroC, a Greenko Group subsidiary. Additionally, the firm will construct a one-million-tonne-per-year ammonia production facility for exports, which would require two gigawatts (GW) of electrolyzers.

Green hydrogen is created by electrolyzing water to separate hydrogen and oxygen using renewable energy sources such as wind and sun.

The fuel has the potential to transform India’s energy security, as the country currently imports 85 percent of its oil and 53% of its gas requirements. India is contemplating making it necessary for fertiliser factories and oil refineries to acquire green hydrogen in order to boost clean fuels.

Indian enterprises, including Reliance Industries Ltd, Adani Group, and Acme Solar Holdings Ltd, have unveiled their green hydrogen initiatives. During the International Solar Alliance (ISA) assembly, a solar hydrogen plan was also announced to manufacture the emission-free fuel for $2 per kilogramme, substantially cheaper than the prevailing price of $5 per kg.