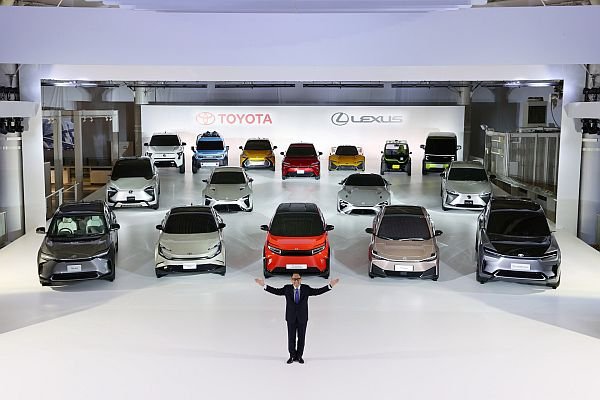 Toyota is the world’s largest automaker, but it has doggedly resisted the electric vehicle (EV) revolution – until now. They intend to decrease emissions as much as possible, as quickly as possible,” and will do it by “expanding alternatives for carbon-neutral cars” that rely on ‘clean’ energy.”

By 2030, the goal is to sell 3.5 million electric vehicles per year. This new target is an increase over Toyota’s prior target of selling 2 million electrified vehicles each year.

Toyota included photographs of 15 designs in its introduction, which may or may not see production. They are divided into two categories. The first is the Lifestyle category, which includes vehicles that are actual concepts that may or may not see the light of day. They are depicted in the top photo on this page.

The others are far more production-ready vehicles that will be part of Toyota’s new bZ electric vehicle brand. [bZ is an abbreviation for “beyond zero.”] They have a familial resemblance with Toyota’s future bZ4X.

While details on each of these individual models have not been published, Toyoda stated that Lexus, in particular, will offer EVs in all categories by 2030, will transition to all-electric vehicles in Europe, North America, and China by 2030, and will totally phase out combustion engines by 2035.