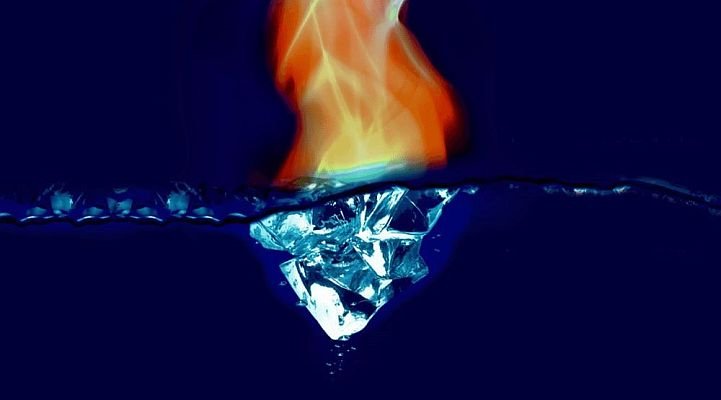 “Some believe the world will end in fire, while others believe it will end in ice.” However, the link between fire and ice in terms of the Earth’s climate is not as binary as a recent research discovered.

The authors of a new study establish a connection between shrinking sea ice and intensifying wildfires in the western United States.

Between July and October, when the sea ice melts, sunlight heats the increasingly ice-free surrounding terrain. This eventually results in the development of hot and fire-prone conditions in distant states such as California, Washington, and Oregon later in the fall and early winter.

The researchers compare this association — whose presence was previously established but whose underlying mechanism is now outlined for the first time — to climatic patterns such as the El Nio-Southern Oscillation.

They discovered that when the Arctic sea ice melts and the surrounding land and sea surfaces warm, the atmosphere above the heated region develops a vortex. This vortex, which spins counterclockwise like a cyclone, is created by pressure differences in the air.

This second vortex — similar to the one that brought high temperatures to the Pacific Northwest earlier this summer — delivers clear skies, dry conditions, and other fire-friendly weather.

As the Arctic continues to warm, it has the potential to exacerbate the contrast between these two distantly linked systems, increasing already-dangerous circumstances in a fire-ravaged area. Climatic circumstances in one region of the earth may have an effect on climate outcomes hundreds of kilometres distant over time. Teleconnections of this kind are similar to the butterfly effect, a well-known aspect of chaos theory in which the flapping wings of a butterfly are believed to affect the creation of a distant tornado.