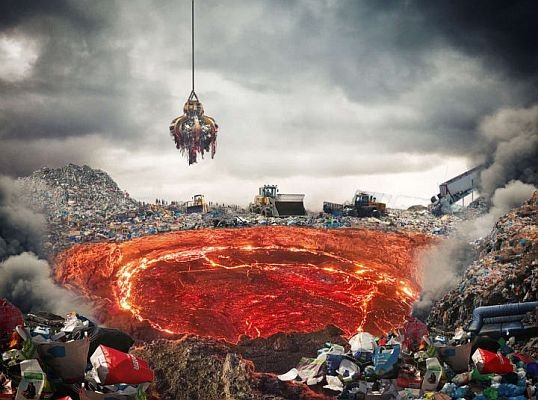 True, lava is hot enough to burn some trash. When Kilauea, Hawaii, erupted in 2018, the lava flows reached above 2,000 degrees Fahrenheit (1,100 Celsius). That’s hotter than Venus’ surface and enough to melt numerous rocks.

Besides the heat, there are additional reasons not to damage our volcanoes.

Landing on a lava lake breaks the crust, disrupts the lava and causes an explosion. This happened at Kilauea in 2015.

What if we could safely dump trash into a lava lake? What would happen to the trash?

When plastics, garbage and metals burn, they release a lot of toxic gases. Volcanoes already give off tons of toxic gases, including sulfur, chlorine and carbon dioxide. Sulfur gases may produce acidic fog, often known as “volcanic fog.”

People and plants may be killed by it. Adding additional gases from burning trash to the already deadly volcanic gases would make the vapors much more toxic to humans and plants around so in our opinion this is not a good idea.