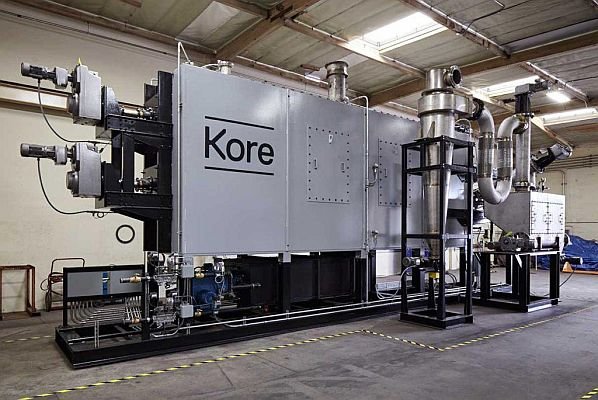 Kore, a California-based energy business, has invented a novel method of producing hydrogen from biogas and is now planning to establish a commercial-scale demonstration plant near Los Angeles.

Because primary feedstock is abundant in California, it is an ideal location for biomass conversion. Kore is collaborating with Southern California Gas to build a commercial-scale demonstration plant in Los Angeles.

It says that the new technology may supply hydrogen for less than $2 per kilogram.

Biogas and biochar are produced from biogenic feedstocks, and the resultant biogas comprises hydrogen, carbon monoxide, methane, and carbon dioxide. Carbon monoxide may also be turned into additional hydrogen and utilized in hydrogen-based applications.

The Kore process converts half of the carbon in the feedstock into gas and the other half into solid elemental carbon char. This solid carbon will not decompose into carbon dioxide or methane.

The business anticipates that when they begin to market the technology, key companies interested in developing hydrogen, particularly carbon-negative renewable hydrogen, will be interested in collaborating with them.