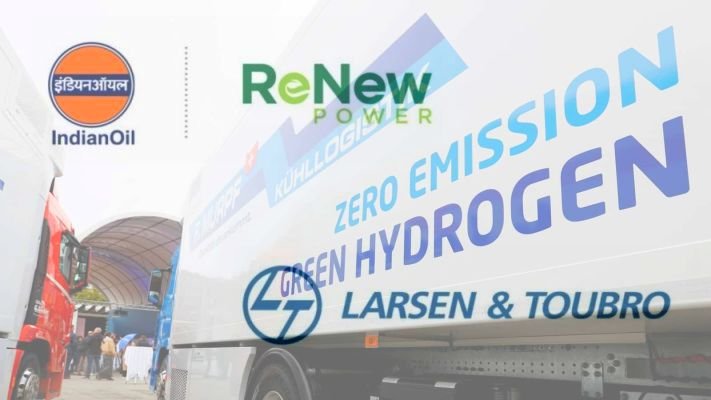 IndianOil, Larsen & Toubro (L&T), and ReNew Power have announced the signing of a binding term sheet for the creation of a Joint Venture (JV) business to grow India’s embryonic green hydrogen industry.

Furthermore, IndianOil and L&T have signed a binding term sheet to create a joint venture (JV) with equity participation to manufacture and market electrolyzers used in the generation of green hydrogen.

The planned JVs aim to help India move from a grey hydrogen economy to a greener one that produces more hydrogen through electrolysis driven by renewable energy. With India’s ever-increasing import cost for oil and gas, this green hydrogen initiative would enable critical energy security by lowering reliance on imported fossil fuels.

While practically all hydrogen generated in India currently is grey, the proposed National Hydrogen Mission guidelines anticipate that demand for Hydrogen would be 12 MMT by 2030, with roughly 40% of the element produced in the nation (around 5 MMT) being green.

By 2050, approximately 80% of India’s hydrogen is expected to be ‘green,’ meaning created using renewable power and electrolysis.

Today, hydrogen is mostly utilized in the steel and fertilizer industries, which require around 2 MMT of grey hydrogen each year. The JV will first focus on these areas because IndianOil currently supplies a significant portion of its refining output.

Both of these JVs aim to help the nation’s ‘Aatmanirbhar Bharat’ goal by swiftly establishing, expanding, and bringing in economies of scale to make green hydrogen a cost-effective energy carrier and chemical feedstock for a variety of industries.