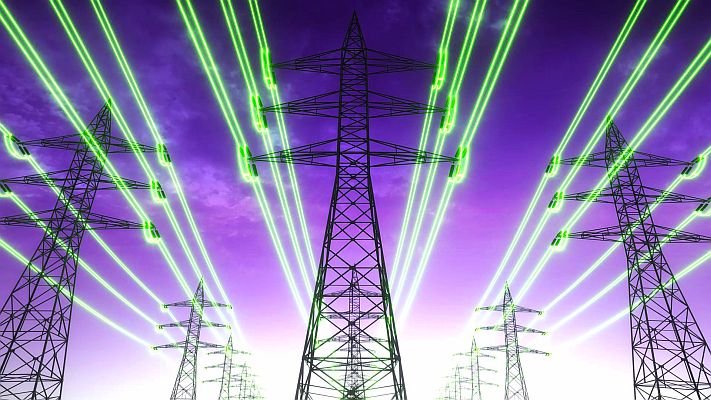 Sandia National Laboratories researchers supplied energy generated by a novel power-generation technology for the first time. The system, which is based on a closed-loop Brayton cycle, generates energy using heated supercritical carbon dioxide (CO2) rather than steam.

The Brayton cycle is named after 19th century inventor George Brayton, who invented this method of spinning a turbine with hot, pressurized fluid, similar to a jet engine.

Supercritical carbon dioxide (CO2) is a non-toxic, stable substance that, when subjected to extreme pressure, behaves as both a liquid and a gas. This carbon dioxide, which remains inside the system and is not discharged as a greenhouse gas, may reach temperatures much above that of steam – 1,290 degrees Fahrenheit or 700 degrees Celsius.

Because of this heat, the Brayton cycle has the potential to be far more efficient than the classic steam-based Rankine cycle in converting heat from power plants — nuclear, natural gas, or even concentrated solar — into electricity.

Because so much energy is wasted in the Rankine cycle when steam is turned back into water, only one-third of the power in the steam can be transferred into electricity. The Brayton cycle, on the other hand, has a potential conversion efficiency of up to 50%.

Sandia National Laboratories researchers supplied electricity to the Sandia-Kirtland Air Force Base electrical system for over an hour, producing up to 10 kilowatts at times.

Ten kilowatts isn’t a lot of power (the typical home uses 30 kilowatt hours per day), but it’s a big start. By the fall of 2024, the team hopes to have demonstrated a 1-megawatt supercritical CO2 Brayton cycle plant.