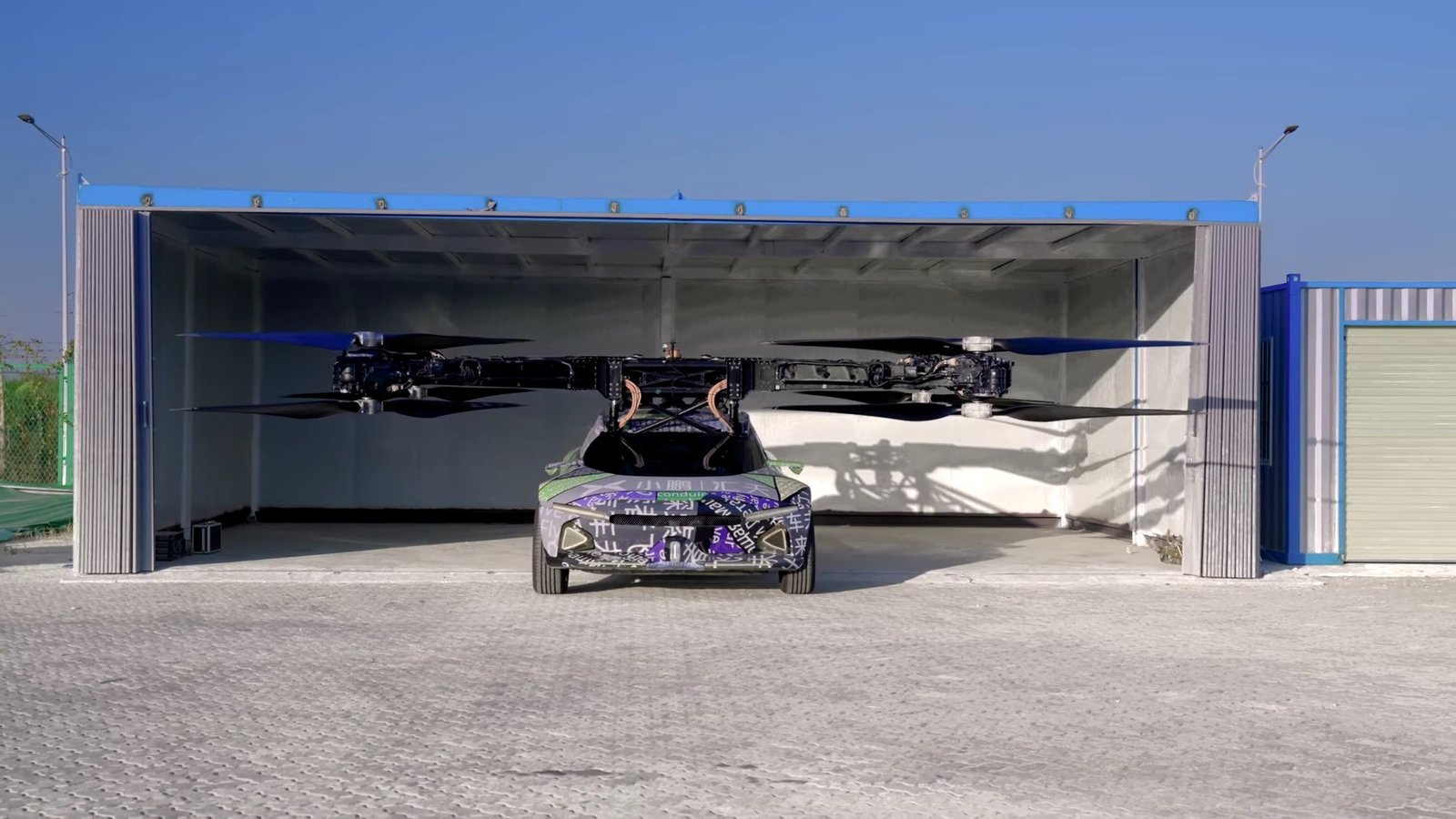 There are other flying vehicle prototypes available, but Xpeng, a Chinese EV carmaker and Tesla competitor, may have recently presented the most ludicrous of them all – and it appears to operate as well. That’s because the prototype, codenamed X3, resembles an ordinary automobile save for a massive version of the rotors seen on a commercial drone, giving the odd image of a large toy.

The X3 weighs about 4,300 pounds, with a large portion of that being battery weight, so getting this enormous brick to fly at all is an impressive feat.

Its design is, without a doubt, unconventional. While it may not be stylish, it is certainly airworthy, if the company’s presentation is any indication. The car’s body is unusually long, likely to accommodate the massive rotors and entailing hardware.

Because the rotors are retractable, the Xpeng X3 is — in principle — roadworthy as well, which is not the case for most flying vehicles, which are mainly concerned with flying and are simply dubbed automobiles as a convenient equivalent.

Surprisingly, this is not the company’s only flying automobile. Xpeng revealed its X2 prototype in Dubai last month, which is less of a regular automobile than the X3 and seems more agile in the air because to its smaller, plane-like design.