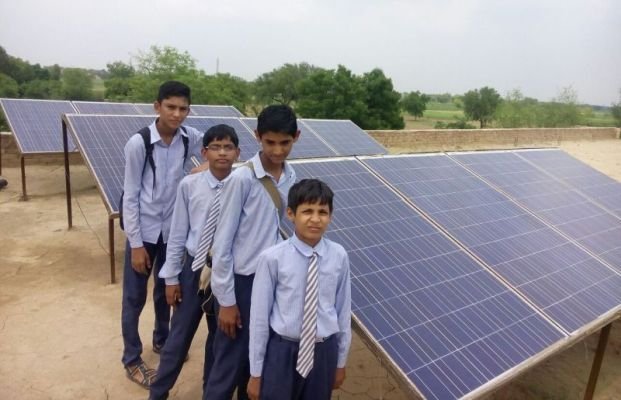 The Haryana government is planning to install solar energy systems in educational institutes of the state in a bid to bring more students to classrooms by reducing power outages.

The initiative comes at a time when only 48 per cent students of state-run schools passed in the Haryana board examinations of class 10 this year. Compared to this, 90 per cent of government school students passed the CBSE class 10 board in Delhi.

Elaborating on the plan, the official said solar energy will help in running fans, water coolers as well as practical labs in schools, with just one-time investment from the state government.

The state officials are hopeful that the initiative would motivate more children to come to schools.

“We are also encouraging private renewable energy companies to adopt schools of Haryana under their CSR responsibility and install solar systems. Recently, a private company adopted 100 schools across the country. It started the campaign from Haryana’s most backward district of Mewat, providing 16 hours of electricity in schools there,” Singh said.

“Hundreds of Mewat villagers and students are happy with the availability of electricity made by solar energy,” he said.

As part of the initiative, a full solar structure consisting of solar panels, power conditioning unit (PCU) and batteries will be installed in schools free of cost. A total of 2 lakh students will be sensitised about the benefits of solar energy through this project.

Apart from schools, the BJP-led state government is also planning to generate 80 KW electricity via solar energy systems to be installed in various government buildings in the millennium city.

The Haryana government is also offering 30 per cent subsidy on every set of solar equipment.

To promote nationwide adoption of solar energy, the central government had launched the National Solar Mission in 2010 which aims to achieve 100 GW of solar energy by 2022.

This is unedited, unformatted feed from PTI