Suryashakti Kisan Yojna : A Boon For The Farmers Of Gujarat 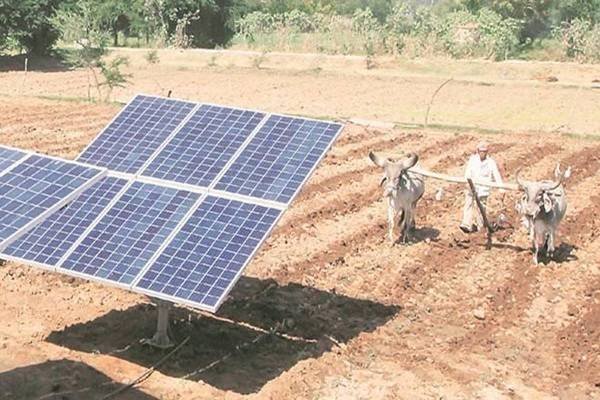 To enable farmers generate their own power for captive consumption and make an extra buck by selling the surplus power, Gujarat government has launched Suryashakti Kisan Yojna, popularly known as SKY.

According to the scheme, which is the first in the country, farmers having existing electricity connections are given solar panels according to their load requirements. Of the total cost of installing solar system, farmers have to bear only 5% cost and rest comes through state and central government subsidy (60%) and affordable loan (35%).

The government estimates suggest that a farmer with metered connection of 5 horsepower (HP) earns Rs 11,612 per annum during the loan period of seven years. After that, the amount goes up to Rs 26,900 every year.

With an outlay of Rs 870 crore, the pilot project will cover 12,400 farmers and have a connected load of 175 MW. As many as 137 separate feeders are planned to be set up under the pilot for agriculture energy consumption.

The first feeder has already been commissioned at Pariaj in Bharuch and 10 farmers have joined in.

Gujarat government is also giving subsidy for solar pumps. As many as 12,742 solar water pumps have been installed so far.