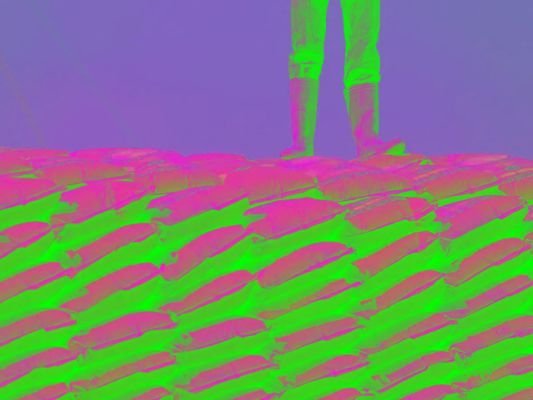 Making steel and cement are two of the biggest contributors to the world’s carbon emissions.

Each year, more than 4 billion tons of cement are produced, accounting for around 8 per cent of global CO2 emissions,” according to Chatham House in the UK.

Making steel accounts for a similar amount of carbon emissions — between 7 and 9 per cent according to the World Steel Association.

Combined, these two industries — both central to the construction industry — are responsible for about 15% of all the world’s carbon emissions every year.

90% of the carbon emissions from making cement come from two sources, both essential to the process.

To make cement, limestone is heated to very high temperatures in kilns to transform it into clinker, which is then ground up into a fine powder. The calcification process itself releases a large volume of carbon dioxide. But the fuel used to heat those kilns also produces large amounts of CO2.

McKinsey & Company reports “our analyses show that CO2 emissions could be reduced by 75 percent by 2050. However, only a small portion (around 20 percent) will come from operational advances, while the remainder will need to come from technological innovation and new growth horizons.”

Those innovations include substituting waste products from other industries such as fly ash or reclaimed concrete for some of the clinker.

McKinsey also says carbon capture may play a significant role. Since the flue gases from the calcification process are composed mostly of carbon dioxide, they are ideal for carbon capture technology.

Some early experiments suggest adding some of that carbon dioxide back into uncured concrete can result in a stronger, more durable finished products.

Substituting renewable energy for the fuels used in the calcification process is an important first step but it does not address the emissions created by the chemical changes that occur during the process itself.

For that, new forms of cement will be needed and that is a major challenge. But the biggest driver of change should be appropriate economic policies.