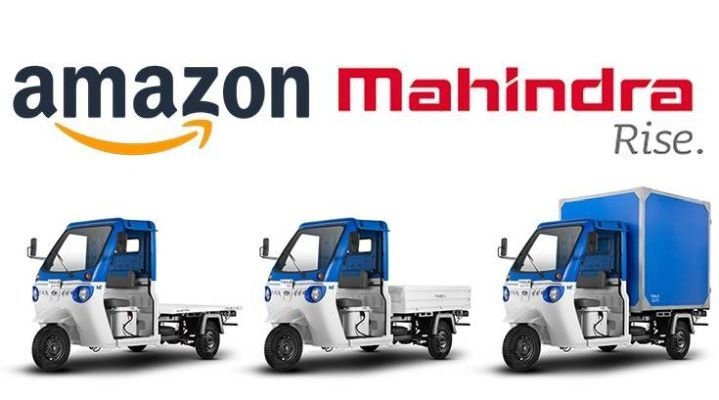 Amazon India and Mahindra Electric have entered into a partnership under which Amazon India has deployed close to a hundred Mahindra Treo Zor electric vehicles in its delivery fleet in seven major cities, the companies said in a joint statement.

The cities where the electric three-wheeler, Mahindra Treo Zor have been deployed so far include Bengaluru, New Delhi, Hyderabad, Ahmedabad, Bhopal, Indore and Lucknow. These have been deployed with companies India’s network of delivery service partners, it added.

In 2020, their India operations had announced that its fleet of delivery vehicles will include 10,000 electric vehicles by 2025.

These EVs are in addition to the global commitment of 1,00,000 electric vehicles in the delivery fleet by 2030 announced in the Climate Pledge.

Great to collaborate with you @AmitAgarwal I believe @JeffBezos used the name Amazon because the river signified something ‘exotic’ and ‘different’. That great River is also a source of enormous natural power & renewable energy. Amazon & Electric go well together… https://t.co/CprQbvPV6Z— anand mahindra (@anandmahindra) February 23, 2021

This partnership is an important step towards India’s progress in the e-mobility industry.