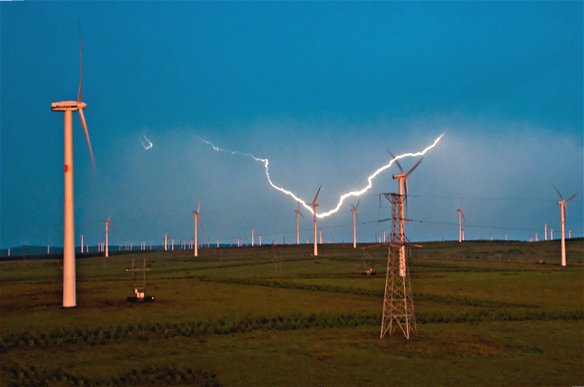 China promised last year to improve what it called the “rhythm” of construction of power transmission lines and renewable generation to avoid “curtailment,” which occurs when there is insufficient transmission to absorb the power generated by the renewable projects.

However Greenpeace found that wasted wind power still rose to 17 per cent of the total generated by wind farms last year, up from 8 per cent in 2014. The amount that failed to make it to the grid was enough to power China’s capital Beijing for the whole of 2015, it added. Wasted wind generation in the northwestern province of Gansu was 43 per cent of the total generated last year, it said.

Solar curtailment rates across China rose 50 per cent over 2015 and 2016. More than 30 per cent of available solar power in Gansu and neighboring Xinjiang failed to reach the grid.

China produced 12.3 billion kilowatt-hours (kWh) of solar power in the first quarter of 2017, up 31 per cent year-on-year but accounting for just 1.1 percent of total generation over the period, according to official data on Monday. Wind rose to 62.1 billion kWh, 4.3 per cent of the total, but was dwarfed by the 77.9 per cent share occupied by thermal electricity.

Many regions have used wind and solar only as back-up electricity sources during peak periods, and much of it falls idle when power use drops.

According to official data, the renewables base of Zhangjiakou, north of Beijing, has more than four times the wind and solar installations than the local grid can handle, and capacity is still set to increase rapidly.