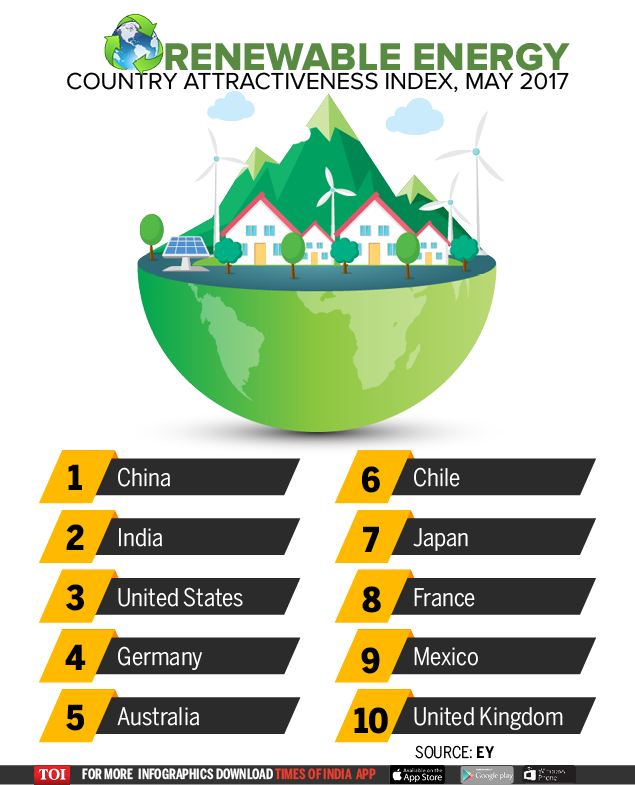 India continued its upward trend in the EY Renewable Energy (RE) attractiveness index report to second position due to the government’s programme of building 175 GW in renewable energy generation by 2022 and to have renewable energy account for 40 per cent of installed capacity by 2040.

The country has added more than 10GW of solar capacity in the last three years – starting from a low base of 2.6 GW in 2014.The cost and availability of energy storage technology could dictate how close India gets to meeting its renewable targets. Meanwhile, India’s regulators must be mindful of the erosion of electricity market peaks caused by growing volumes of renewables and storage – this can undermine the economics of thermal power plants, risking the stability of the system as a whole.

Economically viable renewable energy alternatives coupled with security of supply concerns are encouraging more countries to support a clean energy future. Kazakhstan (37), Panama (38) and the Dominican Republic (39) have all entered the index for the first time, it added