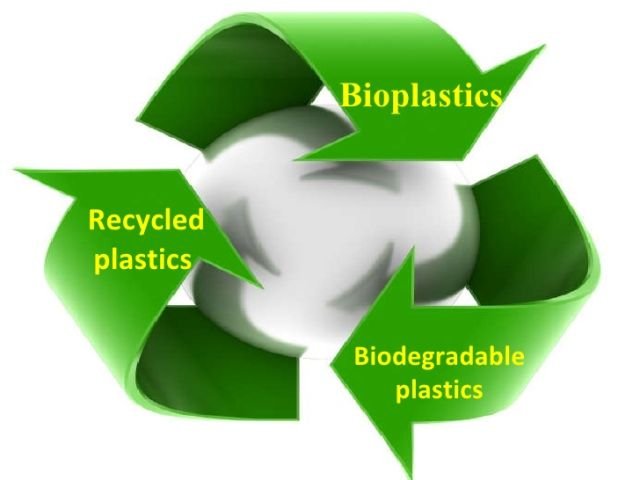 Plastic polymers have become a major environmental crisis. Countries all over the globe have begun to take steps on curbing its usage. Bangladesh has prohibited plastic bags countrywide, Ireland has imposed a tax on plastic bags, while the UK and other European countries are contemplating about taxing them as well.

Bioplastics have been around for decades now with a notable historical usage in the Model T automotive parts that were designed by Henry Ford from corn starch and soybean oil ingredients.

However one should note that not all bioplastics are completely biodegradable. Some biological-based products can biodegrade in municipal composting facilities, or aquatic and landfill environments, others can only biodegrade in very specific environments, while some will not biodegrade at all. There are two variants that have become more popular and have gained maximum attraction:

Both these variants are primarily manufactured from fermented corn sugar and they can decompose up to 90% within 90 days if disposed properly. In fact, bioplastics can anaerobically degrade and release methane in the presence of moisture, which can be captured to be used for energy production.

Many bioplastic companies are taking pioneering steps like Envigreen, Ecolife, Plastobags, Earthsoul India and Truegreen have come up with different forms of bioplastics and are already supplying these environment friendly forms of plastics in regional markets.

The growth of bioplastics in India is a positive change in consumer behavior and with continued support from the government and the citizens themselves, the awareness about bioplastics can become even more widespread. Hopefully more pioneering bioplastic companies will expand the Indian market and bring about the much needed change toward a greener environment.