Small Wind Turbine That Costs Less Than An iPhone 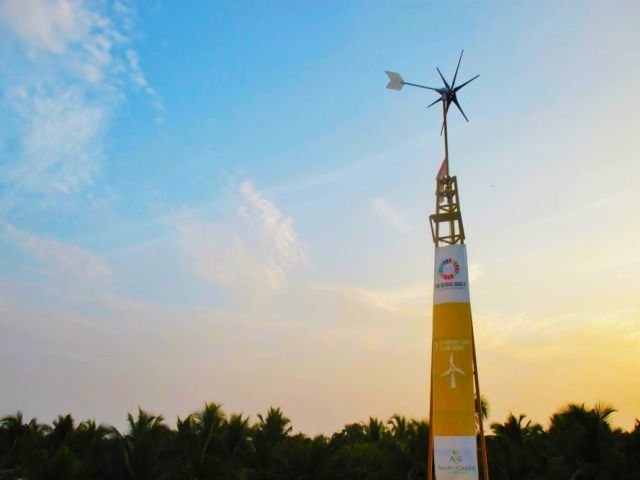 An Indian cleantech startup, has developed an affordable and small wind turbine that generates energy for less than three-quarters of the cost of its traditional counterparts, promising to make clean energy affordable to enterprises and households alike.

The new type of wind turbine features a compact design that reduces maintenance needs, which is why it is all the more impressive that it can generate enough power to meet the daily needs of an average Indian household, even at very low wind speeds. One turbine, about the size of a ceiling fan, can generate 5 kilowatts of power each day and costs about $750, whereas traditional home wind turbines typically cost thousands of dollars.

This innovation has already won recognition from the United Nations Foundation and has also attracted interest from the likes of prominent venture capital groups like Sequoia Capital and Keiretsu Forum.

Currently, the turbines are only available in India and Australia, though the startup has been approached by North American manufacturers interested in setting up a joint venture to expand into Asia and the Middle East.