Top Domestic, Global RE Firms To Showcase Their Best Products & Innovations at REI 2017 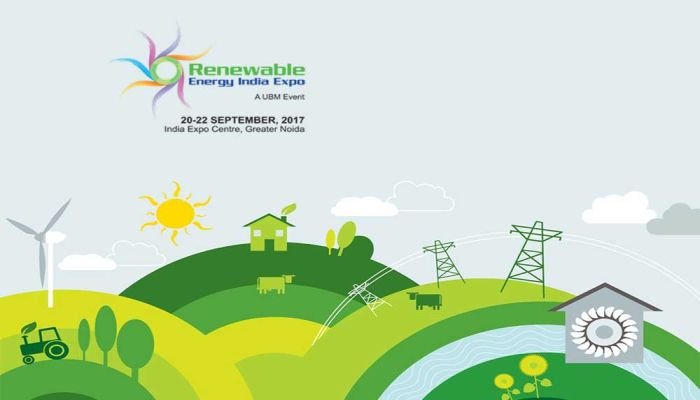 The 11th edition of the Renewable Energy India 2017 Expo (REI), is set to take place from September 20-22, 2017 at the India Expo Center, Greater Noida. The event aims to further upscale and mainstream the applications of renewable energy resources, showcase product launches, innovations, and augment the forethought through global exhibitions and conference platforms.

“India has recently moved up to the second spot from third position in this year’s ‘Renewable Energy Country Attractiveness Index’, nudging past US,” he adds. “All this is acting as a huge pull for international investors and equipment suppliers. Our theme for the 2017 edition of the event is – Accelerating the Momentum…From Ambition to Action – to help bridge the gap between industry, government and investors.”

Some of the new attractions at this year’s Expo include:  India’s first Mobile PV test lab on display by Mahindra Susten, Quality Round Table – An interactive forum by PV Magazine, Germany, Solar Super Heroes by PV Magazine, Germany, A Skill Competition for Solar Installers, A Solar Design Challenge for EPCs and Developers, A master class by Enphase Energy, USA: To provide Installers and EPC companies with knowledge on innovations behind micro-inverter technologies and how micro-inverters are best suited for the Indian rooftop solar photovoltaic (PV) market.

Also included in the agenda for the first time is a CEO Roundtable and Finance Roundtable – Advantage Rajasthan – a seminar by the state of Rajasthan to attract potential investors, manufacturers and developers and a workshop on ‘Driving operational excellence in Solar & Wind asset management’ by 3E, Belgium and Wise Energy, UK.

The trade show will also be preceded by the 3rd Renewable Energy India Awards, slated for 19th September, 2017 that aims to recognise the efforts, innovation, and excellence and promote the talent in the industry. The Awards will have an august audience of industry stalwarts competing under various categories from both manufacturing and implementing communities.