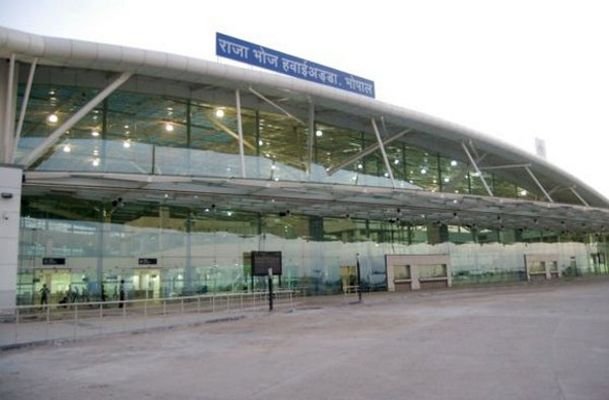 Raja Bhoj Airport in Bhopal will soon switch over to solar energy.

The power will be sourced from a plant whose foundation stone was laid today.

The plant will have capacity to generate one megawatt (MW) power and it will help the airport save around Rs 80 lakh every year on its electricity cost.

While laying the foundation stone for the solar plant, Chief Minister Shivraj Singh Chouhan also hoisted the national flag on the newly installed 100-feet high mast, which will remain illuminated for 24-hours, in the campus of Raja Bhoj Airport.

“Airports Authority of India (AAI) is going to install the solar plant with the help of Madhya Pradesh Energy Development Corporation.

“This will generate 1 MW of electricity. Use of renewable solar energy will save our environment. This will also cut the annual electricity cost of the airport by around Rs 80 lakh,” Chouhan said while addressing the programme.

“National flag signifies a sense of patriotism and self-respect. The tricolour reminds us of our revolutionaries, who sacrificed their lives for a free country,” he added.

Chief Minister said that AAI chairman Gururprasad Mohapatra, who was present in the programme, has informed him that four new flights are to be launched soon from Raja Bhoj Airport.

“The airports in Mumbai and Delhi are overburdened. We have to hover around the airport in these cities to get the permission for landing. But, the capacity of Raja Bhoj Airport is under utilised.

“I was informed by AAI chairman that four flights are going to be started soon from here,” he said.

Chouhan said all the facilities are available to develop the airports at Bhopal and Indore as international airports.

The work of installing the solar panels would be completed within next three months. PTI ADU MAS RMT

This is unedited feed from the PTI