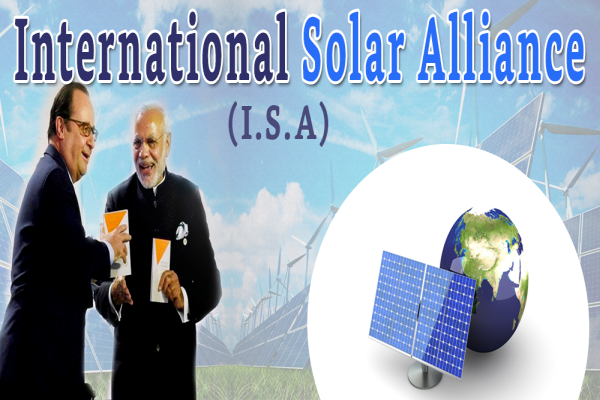 The partnership between the two bodies will mobilise finance to develop affordable solar energy in countries that get ample sunlight.

In its cooperation with International Solar Alliance (ISA), EIB will mobilise financing for development and deployment of affordable solar energy in ISA member countries.

ISA is a global grouping of 121 countries and financial institutions established to harness solar energy.

The body was jointly launched by Prime Minister Narendra Modi and French President Hollande at the COP 21 Paris climate conference in 2015.