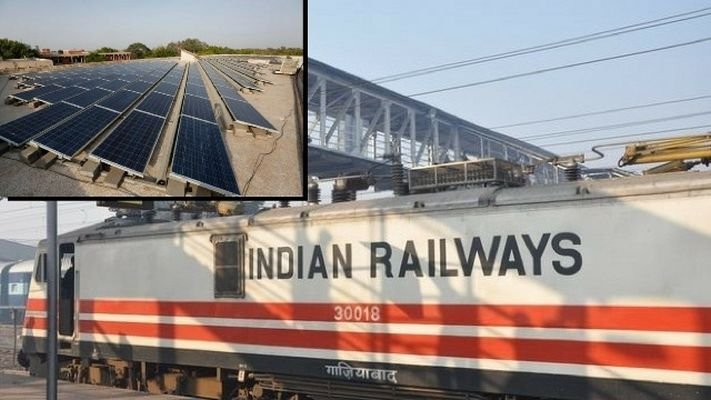 The Railway’s first set of solar plants with a total capacity of 5 megawatt peak (MWp) was launched by Railway Minister Piyush Goyal recently. The plants on the roof tops of Hazrat Nizamuddin, New Delhi, Anand Vihar and Delhi railway stations will generate 76.5 lakh units of solar power cumulatively per year and shall meet about 30 per cent of the energy requirement of these stations, the officials said.

Through the project, the railways will save Rs 421.4 lakh annually and will reduce 6082 tonnes of CO2 emissions.

This project is a part of the government’s National Solar Mission in which Indian Railways plans to commission 1000 MWp solar plants across its network.

The project was awarded in December 2016. The cost of the project is Rs.37.45 crore and has been bought in by the developer under the PPP model.

The developer will also maintain it for 25 years and Railways will only pay energy consumed at Rs 4.14 per unit, said the officials.

The launch is planned at the inauguration of the International Conference on Green Initiatives and Railway Electrification tomorrow.

The conference will plan and peruse a roadmap for identifying various solutions to achieve larger goal of transforming Indian Railways as a 100 per cent de-carbonised, most energy efficient and highest electrified rail network in the world, officials said.

This is a PTI feed