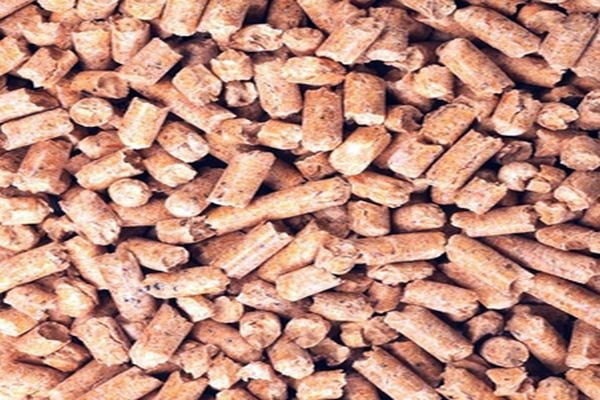 Using wood pellets for home heating fuel reduces greenhouse gas emissions by more than half over fossil fuels and natural gas, according to new research from the NH Agricultural Experiment Station at the University of New Hampshire.

The research was conducted by John Gunn, research assistant professor of forest management and researcher with the NH Agricultural Experiment Station, and colleagues with the Spatial Informatics Group – Natural Assets Laboratory in Pleasanton, California. It is presented in “Greenhouse gas emissions of local wood pellet heat from northeastern U.S. forests” in the journal Energy.

Gunn and his collaborators found:

-Making pellets from up to 75 percent pulpwood and 25 percent sawmill residues produced benefits.

-Shifting the existing harvest of pulpwood volume to pellets is beneficial to the climate.

“Wood pellet heat is a new and growing heating alternative in the United States and has been proposed as a climate-beneficial energy source to replace fossil fuels. However, little work has been done to assess this claim. The opportunity for switching to wood pellet heat is particularly great for the Northern Forest region of northern Maine, New Hampshire, Vermont, and New York, which is home to more than two million people who live in rural communities, larger towns, and small cities surrounded by the largest intact forest in the eastern United States,” the researchers said.

In the U.S., an estimated 42 percent of all energy consumed is for home heating, most of which is derived from fossil fuels. New York and the five New England states comprise 88 percent of the entire U.S. consumption of home heating oil. Though natural gas is used widely for heat throughout the northeastern United States, the northern states of Maine, New Hampshire, Vermont, and the northern portion of New York still rely on home heating oil as a heat source (62 percent, 45 percent, 43 percent, and 50 percent of homes, respectively. Use of wood for heat is variable throughout the region, ranging from 17 percent of homes in Vermont to 8 percent in New Hampshire and northern New York.

“While the global concern about greenhouse gas emissions and climate change may be daunting, it is important to understand that as individuals we can make decisions that do scale up to have a beneficial impact to the atmosphere. This work shows that even choices about heating our homes and businesses make a difference,“ Gunn said.

This material is based upon work supported by the NH Agricultural Experiment Station, through joint funding of the National Institute of Food and Agriculture, U.S. Department of Agriculture, under award number 1010675, and the state of New Hampshire. This work also was supported by Northern Forest Center, USDA Rural Development, and Spatial Informatics Group LLC.