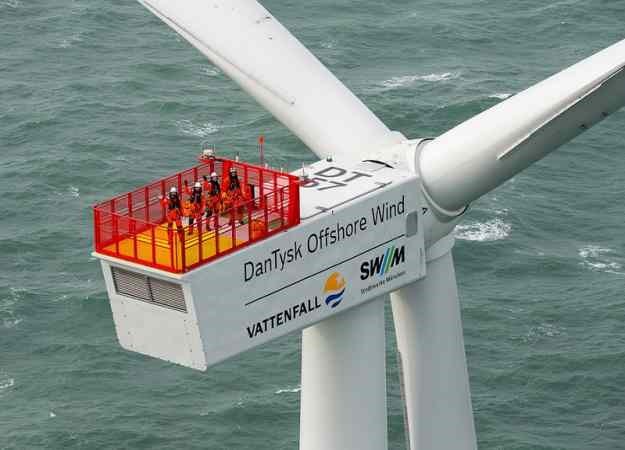 Sweden’s state-owned Vattenfall has sealed an offshore wind turbine deal with Siemens Gamesa involving 113 turbines to be delivered for installation at three Danish projects with a total power capacity of 950 megawatt (MW).

The overall investment into the three projects totalled 1.7 billion euros ($2.0 billion) but did not specify the cost of the Siemens Gamesa order alone. Industry experience shows that turbines usually account for roughly half the cost of offshore wind projects.

The three wind parks are expected to be coming on stream by 2022.

The order includes 41 turbines to be delivered to the 350-MW projects Vesterhav Nord and Syd off the western Danish coast as well as 72 turbines to the 600-MW project Kriegers Flak in the Baltic Sea.

The order comes at a time when parent group Siemens faces pressure over plans to cut thousands of jobs at its power and gas division, which has been hit by the rapid growth of renewables.

As for Vattenfall, it will be getting closer to delivering on its target to increase its power generation from wind to 7 gigawatts (GW) by 2025 from a currently operating 2.6 GW, as it moves away from coal-fired and nuclear power.

Vattenfall is currently constructing the Horns Rev 3 offshore park in the Danish North Sea and already operates the Dan Tysk and Sandbank parks in the German North Sea.