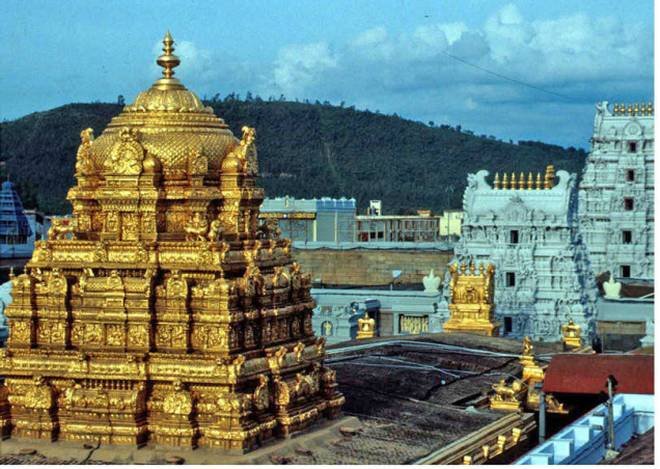 Tirumala Tirupati Devesthanams (TTD) officials are planning to stop the movement of hundreds of private vehicles on the internal roads on Tirumala hills. As part of go green initiatives implementation, soon officials will be introducing battery cars in large scale for pilgrim transport at Tirumala. Currently more than 2000 vehicles (all types) have been arriving at Tirumala hill every day.

This number is increasing with each passing day. Whereas at Tirumala there is total 6 km radius of ring road. It is very difficult to run hundreds of vehicles on this road. According to Pollution Control Board Tirupati region officials, recent air quality index is at danger level on the hill shrine. Most of the polluted particles at Tirumala are being released by the petrol and diesel vehicles.

Already, the TTD had totally banned the vehicular traffic at four Mada streets. This is being implemented for the last 10 years.  The management of TTD is contemplating to introduce electric battery cars by January next as a measure to protect Tirumala environment from vehicular pollution.

At present there are 8 free buses being run by the TTD for transporting pilgrims on the hill shrine. In addition, 8 battery run cars are being operated between Rambagicha Gate and Srivari temple for the free transport of physically challenged and aged pilgrims. These battery cars will soon be extended to all the other areas at Tirumala. They will be connected to destinations like TTD rest houses, hotels, Srivari Annadanam, Vaikuntam Complex, Narayana Giri Gardens and other areas. It may be noted that the State government has entered into an MOU with Toyota Kirloskar Motors to procure battery vehicles to provide environment friendly transport at Tirumala.