UP to adopt Gujarat Model for Solar Power Generation 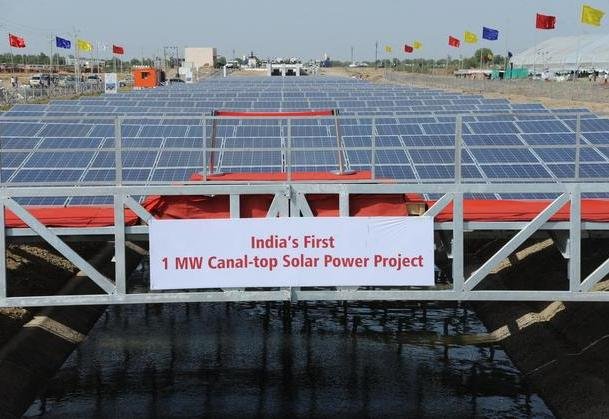 The Uttar Pradesh (UP) government has decided to utilize its canals for generating solar power. It also plans to set up micro hydel plants across canals to generate electricity.

The canal solar power project was first launched in Gujarat by setting up solar panels across canals of the Narmada river to generate 1 MW of electricity. The project virtually eliminates the requirement to acquire vast tracts of land and limits evaporation of water, thereby tackling two challenges simultaneously — providing energy and water security. The solar panels produce 15% more power as compared to land installations as the water flowing under the panels keeps them relatively cool.

Taking a leaf out of Gujarat’s book on generating solar power using water canals, UP government has issued a letter of interest, inviting private players to execute their plan on public-private partnership model. At the initial level, the plan is to lease out canal side land for 30 years. The power-sharing formula will be mutually discussed with the companies that take an interest in the proposal. It will be most likely on the lines of Gujarat model.

Cost of setting up such a solar plant was around Rs 17.50 crore in Gujarat.