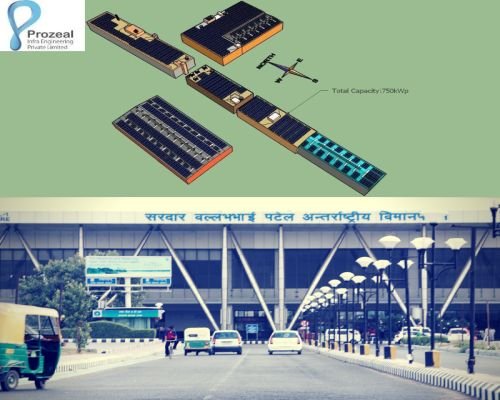 Prozeal had won a 700 kW rooftop solar photovoltaic (PV) project which is likely to be commissioned within the next two months at the Ahmedabad airport, and the power generated by it will be used for the airport’s captive consumption.

Prozeal had quoted a tariff of ₹48,000/kW to develop this project. They took into account the average Indian module price of ₹24 /W to ₹25 /W while bidding for this project. The planned solar PV project at Ahmedabad is just one of several such projects underway at India’s airports.

Another tender to develop 730 kW at the Madurai airport premises is also nearing completion. CIAL Infrastructures Ltd. also recently concluded bidding for the development of 9.9 MW of grid-connected solar projects at the Cochin airport. Sterling & Wilson emerged as the winning bidder