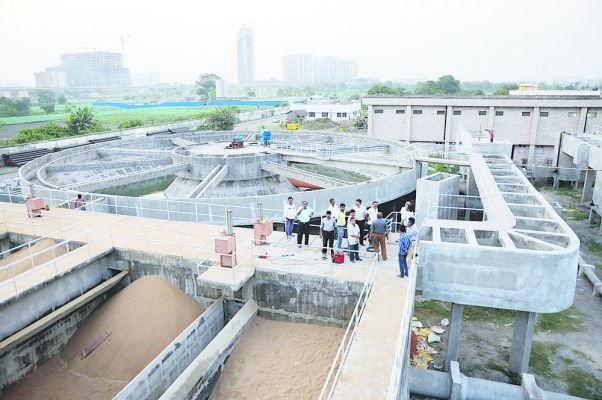 From introducing 24X7 water supply in select areas to making Kolkata a ‘zero waste’ and ‘no flooding’ city, the Kolkata Mayor has sowed a number of infrastructure hopes.

The water supply department has decided to augment the capacity of Jai Hind treatment plant at Dhapa and build a water booster pumping station within the plant area to supply more filtered water to these areas.

Keeping in view different areas in Tollygunge, where people still depend on ground water, a pipeline has been laid from James Long Sarani via New Alipore Road and Deshapran Sashmal Road intersection for supplying water to Ranikuthi and Layelka booster pumping stations. Another pipe-laying work — from Garden Reach Water Works through James Long Sarani — is nearing completion.

The department has undertaken a massive augmentation project at Garden Reach plant to avoid use of groundwater in large parts of south Kolkata. Similarly, KMC will try to introduce a 12-hour uninterrupted water supply in Cossipore-Dum Dum area.

Similarly, the civic body has taken up ambitious projects to clean up the city.

KMC is now aiming at making major thoroughfares ‘no waste’ zones. KMC will install thousands of bins alongside all major roads for use of shop owners and pedestrians.
Already, 6,000 such bins have been installed to prevent littering.

This apart, in order to modernise primary garbage collection system, KMC has procured 100 battery-operated hydraulic dumpers and plans to set up more compactor stations in next one year. The city already has 76 such stations.

The KMC sewerage and drainage department has decided to take more help of machine-driven equipment and advanced technologies for desilting clogged sewer lines.

Automated gully pit emptier, jetting machines, suction and blow-vac machines will be purchased and put to use at waterlogging-prone areas.

This is a UNI Feed