India Has Less Than 2% Green Buildings 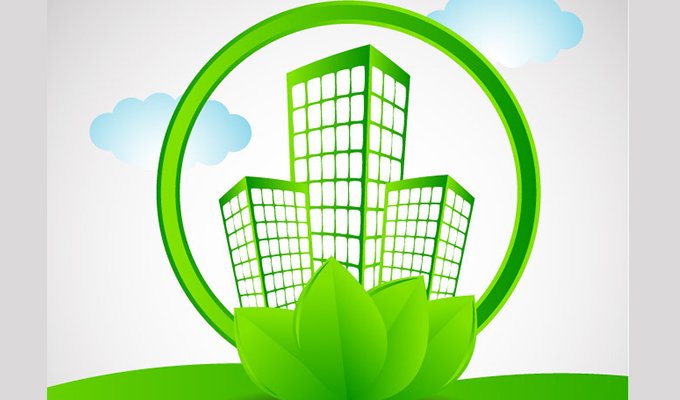 India has less than 2 percent green buildings but there is a huge opportunity to increase that number as about 60 per cent of the infrastructure of the country is yet to be put in place in the next 20 years, chief of the green rating system GRIHA said.

On utility of green buildings in cities like Delhi, which is battling alarming pollution levels, Sanjay Seth, chief executive officer of the Green Rating for Integrated Habitat Assessment (GRIHA) Council, said green buildings can help in reducing exposure of people to outside pollutants.

“Green buildings are much more healthy entities in terms of designing but the air that is going to come inside would be something that is present outside but to a certain extent you could minimise or reduce the damage through a green building. A green building can reduce the interference from outside pollutants,” he told PTI.

Green building is the practice of creating structures and using processes that are environmentally responsible and resource-efficient throughout a building’s life-cycle from siting to design, construction, operation, maintenance, renovation and deconstruction.

The Green Rating for Integrated Habitat Assessment (GRIHA) is a rating tool that helps people assesses the performance of their building against certain nationally acceptable benchmarks.

The GRIHA Council, which gives the rating, is a not-for-profit society jointly setup by The Energy and Resources Institute (TERI) and the Ministry of New and Renewable Energy (MNRE) to promote green buildings in India.

However, in India less than 2 percent of the buildings are green, but Seth said there is a huge opportunity to increase that number as about 60 per cent of the infrastructure of the country is yet to be put in place in the next 20 years.

“If we are able to plan those buildings which have not been constructed yet correctly in accordance to green norm then it would be a great deed for yourself and for nation,” he added.

In the last one year, GRIHA has certified 50 buildings in Delhi as green. A total of 80 buildings have been certified as green throughout the country by GRIHA.

Seth said the best way to promote green buildings is through fiscal incentives and the developer should feel that “there is a sense in going green”.

“The incentive could be municipalities or authorities come up with extra FSI (Floor Space Index) because developer for every inch of space is getting paid extra so if authorities say that for green buildings they are going to give an extra FSI in terms of percentage which means money for the developer,” he said.

FSI means the ratio between the area of a covered floor (Built up Area) to the area of that plot (land) on which a building stands.

Property tax and electricity tariff rebates are also given by authorities but they are incentives given to consumers and not to developers so there is a need to move that segment of the market, he added.

This is an unedited PTI News Feed.