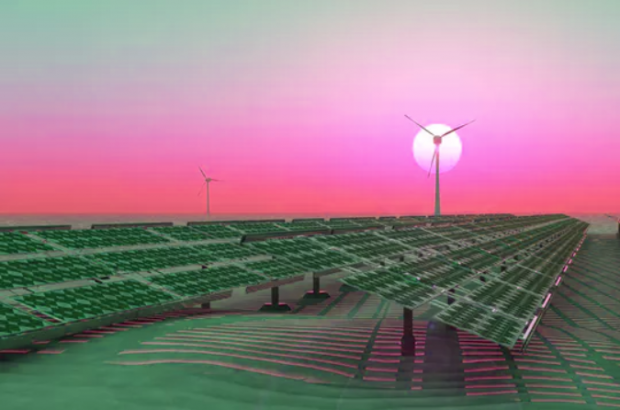 As large solar parks come up all over the country, little attention is being paid to the voices of those living around them, as well as the effects on their immediate environment. Activists say we lack research on the effects on soil fertility and underground aquifers.

Every megawatt of solar energy requires between five and seven acres of land under abundant sun. With vast, semi-arid, drought-prone regions and undulating topography, Karnataka now leads the country – 5 GW of solar energy, or 24% of the national total, is already being generated in the state.

While the government compensates landowners, it does not take into account the traditional livelihoods of shepherds and landless agricultural laborers.

Fears of the land losing fertility can neither be proven nor dismissed, as large solar parks are exempt from the environmental impact assessments. Solar panels are mounted on concrete slabs that do not allow rainwater to reach the soil. Over the years, soil loses its moisture and its ability to retain water.

Alona Armstrong, from Lancaster University, studied the soil properties, vegetations and GHGs released and absorbed by grasslands at a 5MW solar park site, and concluded that large solar parks had a number of impacts on the micro-climate.

Some estimates say that each megawatt of solar power requires between 7,000 and 20,000 litres of water per wash, per week. Even one gram of dust per m3 of a solar panel can reduce its efficiency by up to 40%, reported another study.

Only fresh water can be used, as hard water leaves salt deposits on panels.

The government has no set protocol and has no idea how much water the Pavagada Solar Park (which is going to be one of the world’s biggest solar parks) will use.

It will be up to the private players who have installed their panels to find a source of water and use water according to their needs.

When the rains fail, people living in semi-arid regions of Karnataka fall back on their livestock for wool but when the land is gone, not only for agriculture but also for grazing and watersheds, you are breaking apart traditional livelihoods and systems of water conservation.

Solar parks are not only preventing rainwater from percolating into the ground, but also disrupting intricate systems of canals that help in recharging aquifers.