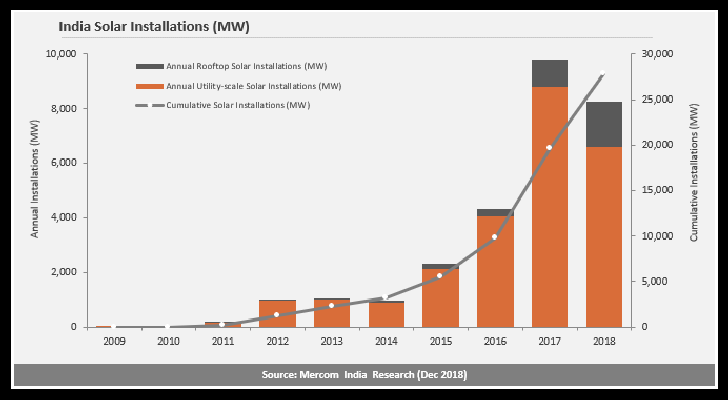 The Indian solar market installed 8,263 MW in 2018, down 15.5 percent compared to 9,782 MW in 2017 as the safeguard duty, GST issues, and land and transmission issues took a toll on the large-scale installations.

Karnataka topped the list of states with newly added large-scale solar capacity in 2018 followed by Rajasthan, Andhra Pradesh, Tamil Nadu, and Maharashtra. Together these five states accounted for 81 percent of large-scale installations in the year.

In terms of annual growth, rooftop solar continues to be a bright spot, as commercial and industrial entities see rooftop solar as a viable way to combat higher power tariffs.

However, Financing rooftop installations could be a challenge in 2019 as Indian banks face a liquidity crunch with many banks hitting the exposure limits to the power sector.