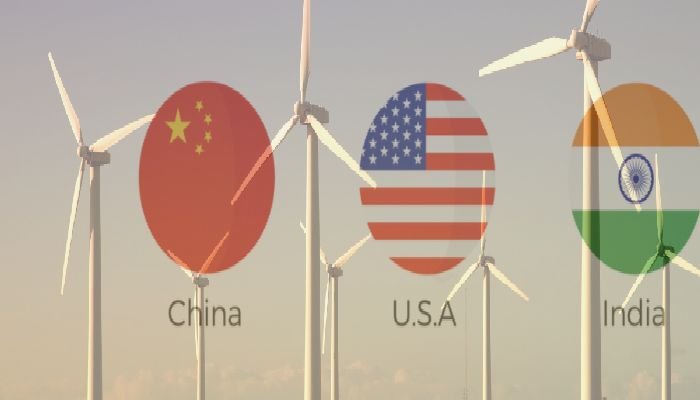 According to a recent report by power-technology.com, India with 35 GW of installed wind capacity is fourth in the list of top 5 countries in the world by wind energy capacity.

China is the world leader in wind energy, with over a third of the world’s capacity. It boasts the world’s largest onshore wind farm in Gansu Province, which currently has a capacity of 7,965MW.

US is in second place with 96.4GW of installed capacity and is particularly strong in onshore wind power. Six of the largest 10 onshore wind farms are based in the US.

Germany has the highest installed wind capacity in Europe with 59.3GW. Its largest offshore wind farms are the Gode Wind farms (phase 1 & 2), which have a combined capacity of 582MW. It is also home to the Nordsee One Offshore Wind farm, which has a capacity of 382MW and provides energy for 400,000 homes.

India has the second highest wind capacity in Asia and is the only Asian country apart from China to make the list, with a total capacity of 35GW. The country has the third and fourth largest onshore wind farms in the world.

Spain is a strong performer in wind energy, with a capacity of 23GW covering 18% of Spain’s electricity supply. The country is fifth in the world despite none of its onshore or offshore wind farms fall in the top 20 list of largest by capacity category.

To conclude China, is the only other Asian country, a part India to make it in the list and not only that it stands at the top of the chart with 221 GW of installed capacity. It is followed by the United States and Germany.