Race For World Largest Solar-Storage Plant Is On 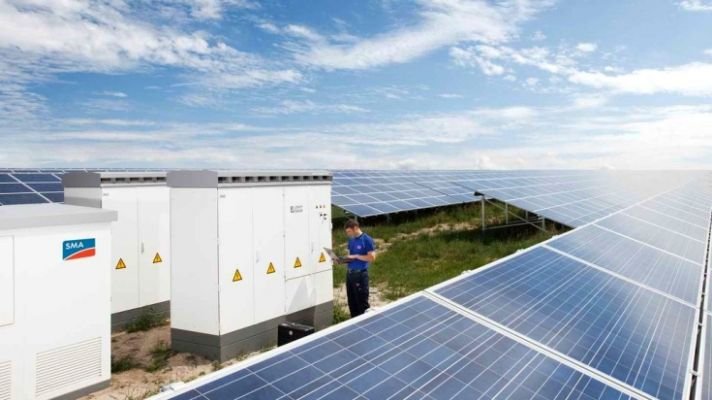 Last year, a company won a contract to build a 65-megawatt solar and battery farm in Arizona.

A month later, the Saudis came out with a $200 billion plan to build the world’s biggest battery-backed solar farm by 2030. Then a firm proposed a nearly 500-megawatt solar-storage site in Texas’s oil patch.

The race to build the biggest solar-battery plant is officially on.

And the latest to join the competition is renewable energy giant NextEra Energy Inc., which said Thursday that it’ll build a project in Florida that will claim the title of the largest solar-powered battery in the world.

The 409-megawatt battery will be added to an existing 74.5-megawatt solar plant on the west coast of the state near Tampa, a company statement shows.

The project would be four times larger than any other battery system in operation. It’s all a testament to how powerful of a combination solar and storage has become. Batteries and renewable energy paired together are now threatening the economics of fossil fuel-fired power plants around the world.

A BloombergNEF analysis issued this week showed storage is now, for the first time, the cheapest option for meeting peak power demand in some cases.

NextEra’s project, slated to be in operation in 2021, will replace 1,638 megawatts of natural gas-fired generation at the site that will be retired once the battery system is in service.

The company said the solar farm cost $100 million but declined to give a estimate for the battery portion of its project.