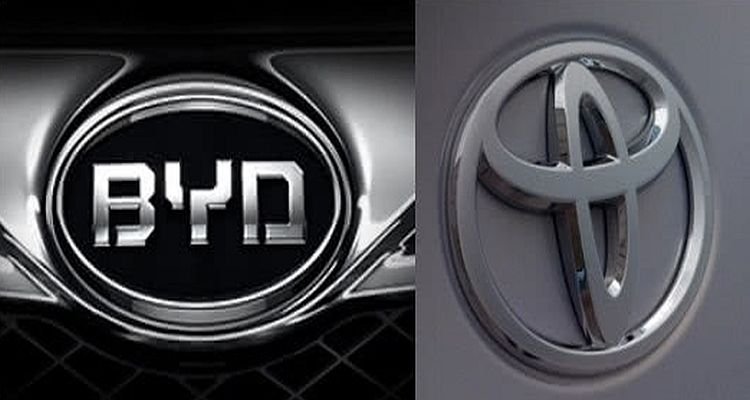 Toyota and BYD have formed a new jointly owned company to develop battery electric vehicles for the Chinese market. According to a joint press release the two companies say their new enterprise will be owned 50–50 by both companies.

The new consortium is set to begin operations next year.

With the same goal to further promote the widespread use of electrified vehicles, BYD and Toyota become ‘teammates’, putting aside rivalry and collaborating for future.

BYD has ranked first in the world in battery electric and plug-in hybrid sales for the past four years. Toyota has sold more than 14 million hybrid electric vehicles since 1997.

With the newly established joint R&D company, Toyota and BYD aim to work together to further develop BEVs that are attractive to Chinese customers, and by further promoting their widespread adoption, aim to contribute toward environmental improvement.

This collaboration is a way to save costs and position both companies to capitalize on China’s rapid BEV market growth over the next ten years.

GlobalData forecasts that by 2030 annual production of BEVs in China will be approaching six million vehicles per annum — a six-fold increase on the current level.

China will be at the heart of future global growth for electric vehicles. News of the agreement between Toyota and BYD to develop EVs for the Chinese market makes sense for both.

They can share costs and utilize their respective strengths.

Forming a joint venture is a wise move for both companies. Others may see it as a “Hail Mary” play by Toyota to try to get itself back into the game after focusing on hybrids and fuel cell vehicles for far too long.