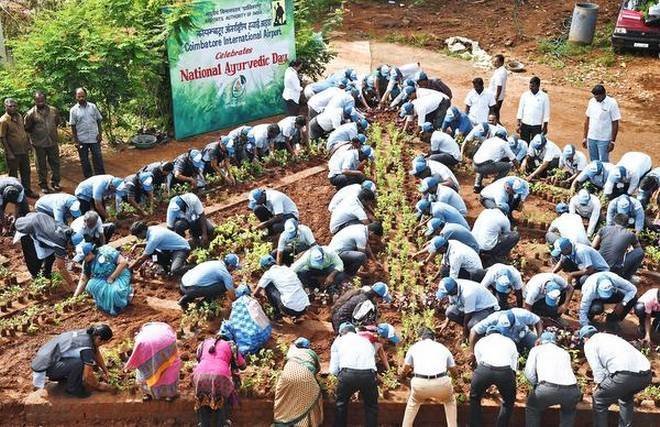 The Airport Authority of India (AAI– southern region) planted over 40,000 saplings of herbal plants in 40 places, including 21 airports, as part of observing national ayurveda day on Wednesday.

The initiative was taken up under the ‘Swachch Bharat, Swasth Bharat’ campaign, which would see setting up of herbal gardens in airports and AAI buildings, a release said.

The saplings were planted, resembling the AAI logo, between 1000 am-10.05 am in all the 21 airports of the southern region.

In the city, the day was observed at the residential colony of the AAI in Kendriya Vidyalaya-Meenambakkam, radar station at Porur and at the airport operation area, the AAI release said.

The ministry of Ayurveda, Yoga and Naturopathy, Unani, Siddha and Homoeopathy (AYUSH) observes ayurveda day on October 17 to promote the Indian system of medicine and treatment.