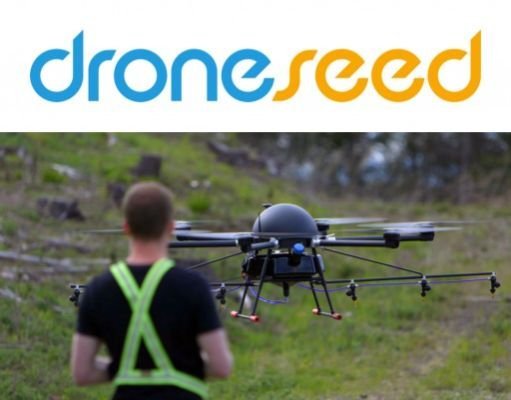 Climate change is bringing about a new reality in which increasingly high temperatures and dry conditions are transforming our forests into a tinderbox, just waiting for a single spark to ignite.

We’ve seen this coming for a while, with scientific studies predicting it will only get worse. But 2018 has been a wake up call for many — fires in 2018 were 30% larger than in the past decade, and the devastation was significantly worse.

Scientist and entrepreneurs are working on ways to help in the aftermath of these massive fires, and also on how to prevent future fires.

Traditionally, the work of reforesting is done mostly by hand. This makes the work, labor intensive and simply not fast enough to keep up with the growing devastation. This is where DroneSeed comes in.

Using drones, the company is able to spray, protect, and plant with precision, in addition to surveying, monitoring, and collecting data. The Company was able to secure funding from Techstars, Social Capital, and Spero Ventures, putting them at $4.8 million.

Before the actual replanting, images are first taken with a sophisticated imaging stack and information is collected on the ecology, post-fire conditions, and terrain to produce a 3D map.

A multispectral camera collects visual data, much of it outside of the realm of human detection, which can then be used for an analysis of the plants and soil.

With the resulting map, the drones are able to navigate clearly and efficiently through the affected site, distribute herbicide in specific areas, and precisely plant the seedlings.

DroneSeed is currently the first and only company in the US that is FAA approved for heavy lift UAS operations; approved to use drone swarms to deliver agricultural payloads such as herbicides, fertilizer and water; and approved to fly unmanned aircraft over 55 lbs.

They don’t just shoot out seeds willy-nilly, leaving them in un-optimal conditions. The drones use machine learning models, setting out to find various ‘microsites’ where the seeds will face better chances of survival.

What’s more, the seeds are pre-packaged into small bundles, filled with nutrients, and covered in the chemical capsaicin to keep hungry creatures at bay.

It’s this extra attention to detail which improves the odds of each tree’s future success.