Sierra Energy: Vaporizing Garbage To Get Clean Energy And Fuel 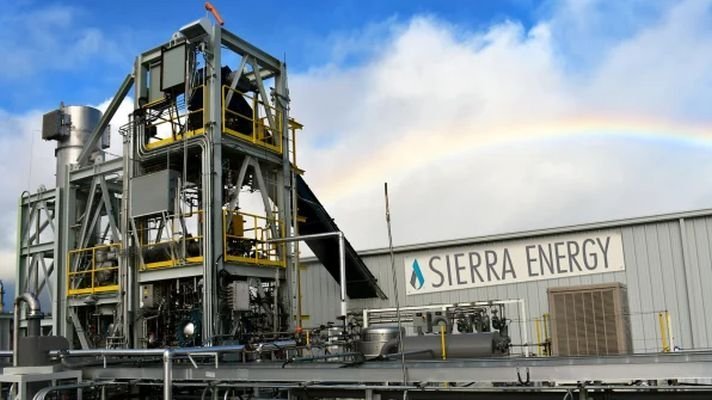 Currently, trash is breaking down in landfills across the globe, producing a steady stream of methane emissions that are contributing to Earth’s climate woes.

Now, a California-based startup says it’s found a way to make practically every piece of trash in those landfills recyclable — while also producing much-needed renewable energy.

The company is called Sierra Energy, and its FastOx technology vaporizes trash — anything from electronics to medical waste — by placing it in a modified blast furnace and injecting pure oxygen and steam into the blaze.

It just raised a $33 million Series A investment round led by Breakthrough Energy Ventures, the Bill Gates-led fund that also includes investors like Marc Benioff, Richard Branson, and Jeff Bezos.

By raising the temperature of the waste to 2,204 degrees Celsius (4,000 degrees Fahrenheit) — “twice the temperature at the core of a volcano,” the system forces the trash to break down into carbon monoxide and hydrogen.

This doesn’t require external energy. It’s just a chemical reaction of carbon [in the waste] and oxygen.

While other trash would create methane as it rots in a landfill, the extreme heat of the process and the steam create only carbon monoxide and hydrogen.

Unlike an incinerator, it doesn’t produce emissions as it works; all of the gas is captured for reuse. The gas can be used to create a variety of products, from jet fuel to plastic or fertilizer, instead of making those products from fossil fuels.

If the gas is used to make fuel, that fuel will still produce emissions, but fewer than the fossil alternative. The company’s diesel is 20 times cleaner than the California fuel standard.

The company’s hydrogen can also power vehicles without emissions. The gas can also be used to produce electricity through fuel cells, gas turbines, or other equipment.