‘Nagar Van’ Is The Way Forward To Preserve Biodiversity 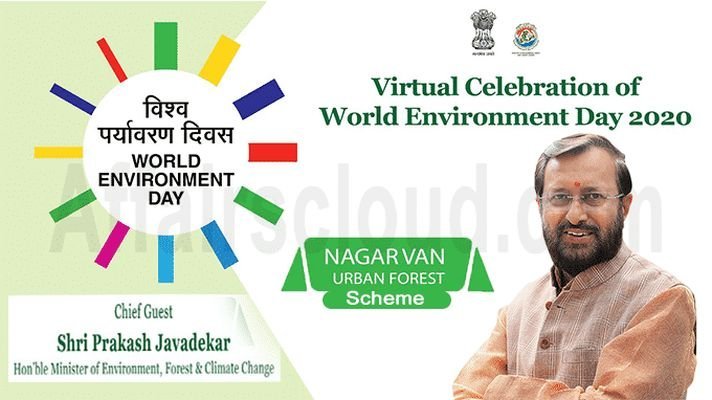 On the occasion of World Environment Day, the government yesterday announced implementation of the ‘Nagar Van Scheme’ to develop 200 Urban Forests across the country in next five years with a renewed focus on people’s participation and collaboration between Forest Department, Municipal bodies, NGOs, Corporates and local citizens.

Releasing a brochure on the best practices on Urban Forests and announcing the Nagar Van scheme, Union Environment Minister, Shri Prakash Javadekar said that these forests will work as lungs of the cities and will primarily be on the forest land in the City or any other vacant land offered by local urban local bodies.

Stressing on this year’s theme i.e. “Time for Nature” with special focus on biodiversity.

As part of celebrations a film was also played which narrated how the initiatives of Punaikars along with Forest Department and local body has converted 16.8 ha of a barren hill into green forests.

The Warje Nagar Van is now a role model for the rest of the country.

India is endowed with rich biodiversity having several species of animals and plants and hosts 4 of the 35 global bio-diversity hotspots containing several endemic species.

However, increasing population, deforestation, urbanisation and industrialisation have put our natural resources under tremendous pressure causing loss of biodiversity.

Biodiversity is vital for survival of all life form on this planet and is a key to providing various ecological services. Biodiversity conservation has traditionally been considered confined to remote forest areas but with increasing urbanization a need has arisen to safeguard and save biodiversity in urban areas also.

Nagar Van (Urban Forest) is the best way to bridge this gap.